Brace yourselves as we enter a world of sublime vocals, chomping guitars, monumental keyboards and song arrangements more overblown than you could possibly hope for. Performing live in the spectacular Roman Amphitheatre in Plovdiv Bulgaria in September 2018 the virtuosos that make up the rock supergroup Sons of Apollo have captured for posterity the entire gig across a mouth watering triple disc release which clocks in at a sumptuous 2 hours plus.

Now the term supergroup can set expectations high and how many times have we come away feeling a tinge disappointed after looking forward to other collaborations over the years. So to put this into context there were some very mixed reviews of their debut ‘Psychotic Symphony’release in 2017. For me it wasn’t a classic but it was a fine Progressive Metal album which has continued to remain on regular rotation ever since. However in bringing this to the live arena the combination of vocalist Jeff Scott Soto, guitarist Ron ‘Bumblefoot’ Thal, bassist Billy Sheehan, keyboard player Derek Sherinian and drummer Mike Portnoy have delivered an evening of irresistible thought provoking music. Would you expect anything less?

Everything about this album screams to me, why can’t I have been there? Opening with the complex notations of ‘God of the Sun’ it is a fresh, vibrant, exciting start which just rocks your socks off with multiple time signature changes delivering some tasty hard rock dynamics. Showing that musically they are as tight as the proverbial, the ace in the pack is Bumblefoot who performs like a beast with his crunching riffs and jaw dropping solos on the likes of ‘Divine Addiction’ and ‘Alive’. His tenure in Guns ‘N’ Roses, as a supporting cast member, did not give him the spotlight that his raw talent deserved but here he is just smokin hot as his squealing guitar playing has certainly been designed to stun the audience and leave them on the ropes. Delicious!

Okay so it is always easy to make comparisons to their music being a facsimile of Dream Theatre and many do, in a non-complimentary manner, but who really cares with live music like this that has your finger itching to hit the replay button over and over again to the likes of ‘Signs of the Time’ and ‘Opus Maximus’. With Portnoy and Sherinian providing the Dream Theatre connection in the band, they whip through a rendition of ‘Just Let Me Breathe’, from the ‘Falling Into Infinity’ album they played on together over 20 years ago. Performed as it should be with a dose of angry energy, groovy guitar and pounding bass.

The second set sees the introduction of the Plovdiv Psychotic Symphony, as they join the band on stage to play, amongst others, a cross section of cover songs which fit in perfectly with the Sons of Apollo style. Now I am not traditionally a fan of cover versions but with limitations on the amount of original material available to them they have certainly chosen some real classics to perform. With the likes of ‘Kashmir’, ‘Comfortably Numb’ and ‘Diary of a Madman’ being given higher than average renditions they will have more than likely put a smile on the face of those attending the band’s first ever performance in Bulgaria. In a simple kind of way it all just seems to flow with the orchestra adding extra weight to all of the songs as they are led from the front by conductor and arranger Levon Manukyan.

Now Jeff Scott Soto has always been a popular figure in the world of melodic rock but this multi talented performer shows on this release that he has so many more strings to his bow. He is a guy who can just nail it as he blasts his way through a captivating range of styles on numbers like ‘Labyrinth’ and ‘Lost in Oblivion’. It is no secret that he is a massive Freddie Mercury fan and he pays homage to the great man with emotional and powerful re-creations of ‘The Prophet’s Song’, ‘Save Me’ and ’The Show Must Go On’. Mercury often said he liked to be surrounded by splendid things and this would have slotted comfortably into this bracket for him.

Everyone in the band appears to have more than pulled their weight as they round things off with a storming version of Van Halen’s ‘And the Cradle Will Rock’ and their own ‘Coming Home’. If you’re a sucker for heavy melodic progressive metal with great musicianship, atmosphere and wonderful songs then look no further than grabbing a copy of this album which is also available as a DVD release. The package will serve as a nice souvenir to capture the band’s first year on tour and we can now all look forward to their sophomore release in January 2020. 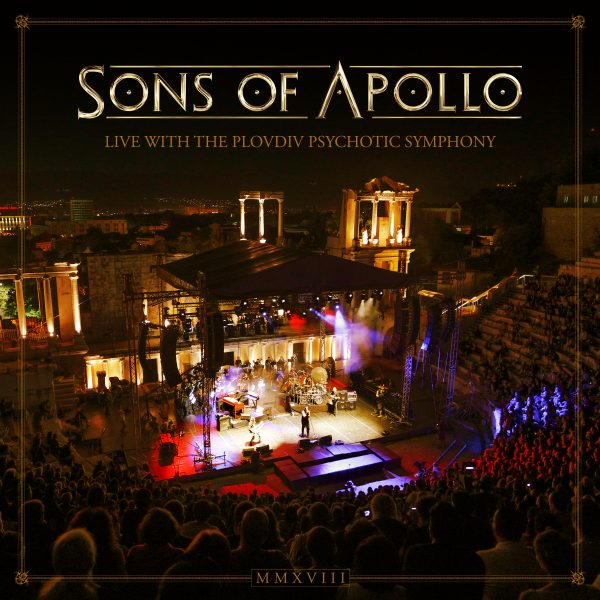