Watched the video? Pretty good, huh. Warm, dusty acoustic slide and banjo. Open roads, the wind in your hair (if you have any) and the sun at your back. Echoes of John Cougar and Steve Earle. Premium grade Americana, a perfect blend of melody and scene-setting.

If that ticked your boxes, then you’re in for a treat with this, the latest album from Louisiana slide maestro Sonny Landreth. It’s an unhurried cruise down endless roads in a luxury RV…with snacks. The aircon’s on and the radio’s tuned to your favourite station. It’s a road album – but it’s a once in a lifetime road trip, one to be savoured, it’s no last chance power drive. If you want ‘Vanishing Point’, screaming down the road followed by homicidal trucks or Blue Meanies, then go listen to Primal Scream or Steppenwolf, cos this ain’t that.

So yes, album number 11, recorded pretty much live with his regular touring band. It’s a relaxed mix of acoustic and electric, road songs and instrumentals. It’s flawlessly executed and lushly produced by long time collaborator, producer RS Field. Landreth and co. are your archetypal safe pair of hands. Don’t know Landreth? His other worldly slide genius has been gracing our ears since the early 90’s. His molten tones sounding something like Ry Cooder. But Ry Cooder from an alternate universe, an alien planet. It’s Cooder, Jim, but not as we know it. His slide sounds like no one else, an extraordinary, full, fluid tone. Slide played by Bowie’s brain and Jeff Beck’s fingers. How good is he? There’s footage on YouTube of him duelling with Derek Trucks at one of Clapton’s Crossroads charity guitar fests. It’s not often you see the incredible Mr. Trucks struggling to keep up!

So let’s break this down. We’ll deal with the songs first. They are predominantly acoustic-led affairs. There is a great deal of accordion. It’s all very Louisiana, tres Zydeco. They’re bluesy to a fault, and the frequent duelling between accordion and guitar is a thing to behold. The band are a well oiled machine and occasionally, boom, in comes that electric slide. Landreth’s technique here is mind-boggling yet not overtly showy, the songs take priority.

‘Somebody Gotta Make A Move’ is a brooding ballad. It’s nocturnal, humid, Landreth’s guitar cries, wails, regales, gnashes its teeth and expresses all the emotions Landreth the singer is bottling up as his woman leaves him. Another definite highlight is ‘Something Grand’. it’s deceptively simple and absolutely beautifully produced. And, shut the front door, there’s no solo!

And, so, to the instrumentals. As already mentioned, the playing here exists in a seriously rarified stratosphere but not once does it sound like showboating. There are busy, New Wave-ish riffs, strident, funky jazz rock outs and elegantly layered acoustic/electric blues. Let it wash over you and all will be well, it’s amplified Savlon for your mind. ‘Groovy Goddess’ ramps up the voltage. When Landreth flies you just need to step back and savour. His band rumble powerfully while he gently covers us with a velvet duvet of brilliance, although there’s just enough grit to roughen the edges of that buttery tone.

It’s a muted release, but not in a bad way. It’s calm, measured, relaxed. There are no major fireworks. Actually, yes there are, there are Catherine wheels, rockets of unicorn colours yet to be seen by human eyes but Landreth plays with such insouciant ease that it sounds effortless, it drifts past you, not caring whether  you notice or not. It’s the sound of a virtuoso with nothing to prove, he’s just doing his thing. And what a fine thing it is.

Released on 21 February 2020 by Provogue Records 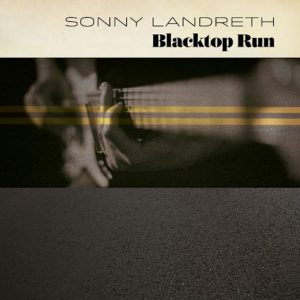