Slothrust have released the brand new single ‘Once More For The Ocean’, which is taken from their forthcoming album Parallel Timeline, out September 10th via Dangerbird Records. 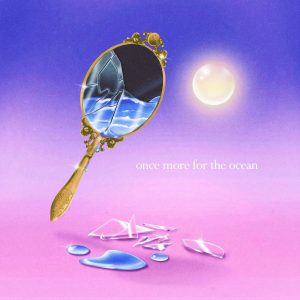 The song drives along a pulsing alt-rock vibe with lead singer Leah Wellbaum’s heartfelt tones steering the song to its soaring climax, whilst exploring the theme of searching for clarity in a time of chaos.

The track was born out of a time of reflection and connecting with the innocence of nature. Leah explains, “This song felt like it was handed to me by the ocean. It came to me when I was sitting on some rocks and staring at one of my favourite oceans in the world, on Star Island off the coast of Rye, New Hampshire. The bassline arrived first, and then the melody and the lyrics came at the same time. I didn’t have an instrument with me that week so I sang what I had into my phone notes and carried on with my day, almost forgetting about it entirely.”

“I have a unique relationship with this song because it felt like it came through me more than from me, though I recognise that really there is no difference. It is not the easiest song to sing or explain. At times I even wondered if it might be suited for a different artist. However after sitting with it for a while I have come to the conclusion that this song was meant for me and it is about the search for a greater consciousness in times of chaos. For me that feeling of oneness often shows up when I am spending time in nature.”

The video is a journey of discovery, realising that sometimes what you‘re looking for is in fact often right under your own feet. It is another personal exploration exposing the deeper meanings and thoughts behind Leah’s song writing, which is the backbone of the new album.

“This video is about an epic search. So many times when we are searching we are looking outside of ourselves because it is the only way we know. But the truth is, what we are really looking for lives within. It is ourselves that we are looking for. Sometimes we just aren’t quite sure which self it is, or how to get there,” reveals Leah.

“I have always been interested in the intersection of destiny, and free will. Do these things exist? Can we ever really know them? Since this song came to me while I was staring at the ocean, it only felt right to explore this idea with nature, and also with mirrors.

“We only see and experience things as they relate to ourselves and our own personal history, despite it feeling like so much of the time, life is happening to us instead of through us. The universe is a mirror and if you learn how to hold it up and look right at it, if it is possible to free yourself from that which you don’t even realise is binding you. It can be an exhausting experience at first moving from the role of the observed to the observer, but you begin to develop a sense of agency over your unique psychology and that can be incredibly empowering.

“I wanted to explore this idea by creating two parallel selves, not so different from one another, searching outside of themselves for their counterpart in an attempt to feel complete. What does it really mean to feel whole? Is it even possible?

“That which you are seeking is only a fraction of a timeline away. And if you really tune into yourself, you will find it’s all the same and that the self you are looking for has been with you this entire time.”

The new single follows the release of ‘Strange Astrology’, which is as much a celebration of the cosmic make-up of romantic relationships as it is a love letter to LGBTQ+ culture, and the album’s lead single ‘Cranium’, which again cements Leah Wellbaum as a powerful and accomplished songwriter. Playing further with the zodiac theme, the band have also released Mind Your Mood, an astrologically personalised playlist generator that serves fans a playlist based upon their sun sign.

Leah’s spiritual journey really furnishes the new album with an intellectual curiosity and emotional confidence that has deepened in scope as the band’s profile has steadily risen. Her presence as a guitar god and boundary free songwriter has also expanded the band’s sonic palette making it a diverse and invigorating listen.

The album was mixed by industry legend Billy Bush and mastered by Heba Kadry and is a masterclass in balancing tenderness with the fierce guitar work Leah has become known for. With a distinct yet unified sound that blends progressive rock, acoustic and pop, Slothrust has never been more confident.

With Parallel Timeline, she’s learned that on the journey of self-discovery, acceptance is key, and emotions and will only ever be understood if they are able to flow freely.

“I want to feel more like the ocean than the drop of water,” explains Leah. “I didn’t always want that. Now I do.” 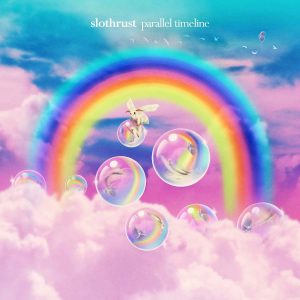