One of the most anticipated metal releases of this year is 5: The Gray Chapter by Iowa-based Slipknot. With the untimely death of bassist Paul Gray and the unexpected dismissal of drummer Joey Jordison the band lost two of its principal songwriters, leaving the creative burden squarely on guitarist Jim Root, singer Corey Taylor and percussionist Shawn Crahan. Suffering and grief are great catalysts for intense music. Slipknot’s latest creation certainly echoes that sentiment..

At first 5: The Gray Chapter comes across as a rather underwhelming listening experience. The band’s typical flash and dash seems to be somewhat diminished. However, looks are deceiving. The ferocious character of tracks like ‘Sarcastrophe’, ‘Custer’ and ‘The Negative One’ mirror the sheer rage and insanity of Iowa, although in a more structured and controlled manner.

A lot has to do with the more groove-oriented approach of drummer Jay Weinberg. He doesn’t need a million fills per minute like Joey Jordison used to do and this leaves more room for more atmospheric elements, guitar solos and Corey Taylor’s trademark screams, growls and soaring clean vocals. This is used to great effect in songs like ‘Killpop’, ‘Lech’ and ‘Nomadic’.  They’re somewhat reminiscent of Volume 3: The Subliminal Verses, as is ‘If Rain Is What You Want’.

Another great aspect of this album is its stunning diversity. It features everything between the band’s trademark stompers like the aforementioned ‘Custer’ and ‘The Negative One’ to more straightforward compositions like ‘Killpop’ and ‘Skeptic’ and there’s even a heart wrenching ballad in the form of ‘Goodbye’. All the unique elements of 5: The Gray Chapter blend beautifully together in ‘AOV’, ‘The Devil In I’, ‘The One That Kills The Least’ and the previously mentioned ‘If Rain Is What You Want’. These tracks form the synopsis of what this record has to offer.

In many aspects 5: The Gray Chapter is the perfect synthesis between the rawness and uncompromising attitude of Iowa and the experimental and songwriting prowess of Volume 3. It may take a few spins before the record unveils its true essence, but it’s living proof that Slipknot is still very much alive and kicking, despite the band’s past trials and tribulations. In short, this record is the ultimate tribute to Paul Gray’s musical legacy. 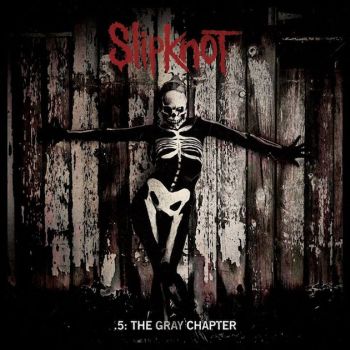