And as each one plays you can see and feel Lane’s backstory looming large in the rear-view mirror. Each song has a twinkle in its eye.His poetic look at life and death on ‘Annie’ and his profound, haunting ode to his father, ‘Debris’, are perhaps the ones with stamina – durable, memorable.

The whole album is shot through with their bracingly down to earth rock songs. The Watkins/Bingham opener, ‘Let’s Go Home’ – a Fats Domino-esque romp through a quick blast of good time Zydeco, and Hart’s deceptively mellow closing track ‘Roll The Dice’ are both foot tappingly enjoyable slices of earthy, man-in-the-street rock’n’roll.

Even Bingham’s interminably rambling ‘Flossie Lane’ and Watkin’s shuffling ‘Mr Jones’, both fleshed out by flourishes of bluesy guitarwork and honkytonk piano, settle quickly into a comfortable groove.

Clearly, Lane is large in their memory still. No waiting for tomorrow for these guys. 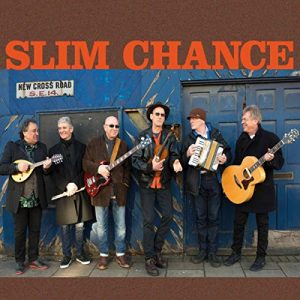