Quite possible the UK’s friendly festival Slam Dunk moves south to Hatfield for a full day of alternative rock and featuring bands ranging from pop punk to metalcore they’ve pretty much got all bases covered. With 69 acts spread across 9 stages time clashes are inevitable so attendees are faced with some difficult choices but with a high calibre of artists it’s a nice quandary to have. 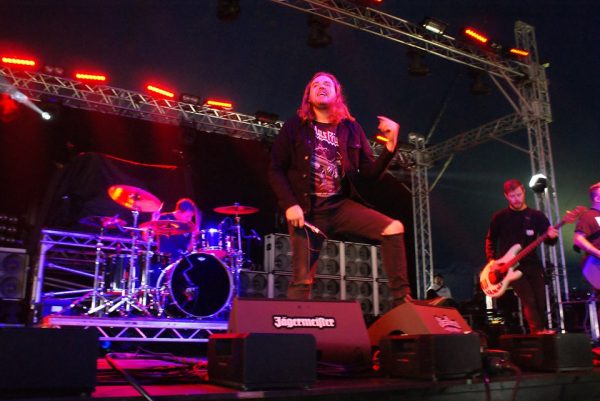 Opening the Impericon Stage are the chameleon like Angel Dust. Their latest album Pretty Buff threw fans a curveball with its indie flavouring, however today’s set is pure hardcore but in whatever guise they appear there’s a strong song sensibility that underpins and unifies their work. Latest singles ‘Bang My Drum’ and ‘Big Ass Love’ raise more than smiles but hardcore is what they do best and ‘Toxic Boombox’ is a definite highlight.

The Jägermeister Stage is held in the same tent so it only requires a 180° turn to witness the intense The Plot In You. With a sound guaranteed to blast away any hangovers the band employ huge sonic shifts with quieter passages only serving to make the loud sections louder. With an affable, soulful vocalist they’re a likeable quartet who’ve set the bar high for the following bands. 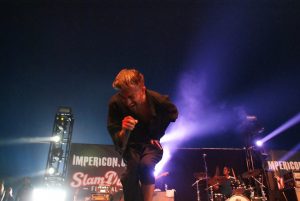 Armed with an earth shaking sound that could loosen fillings Knocked Loose display a real metallic edge. Think Suicidal Tendencies jamming with Bolt Thrower and you’d have something approaching this combo. A hyperactive frontman doesn’t let up for half an hour and whips the crowd into a frenzy and initiates the first pit of the day. The band provide a swirling maelstrom of a sound that’s littered with some nifty breakdowns while the vocals, delivered with a black metal rasp, ensure a crossover appeal. 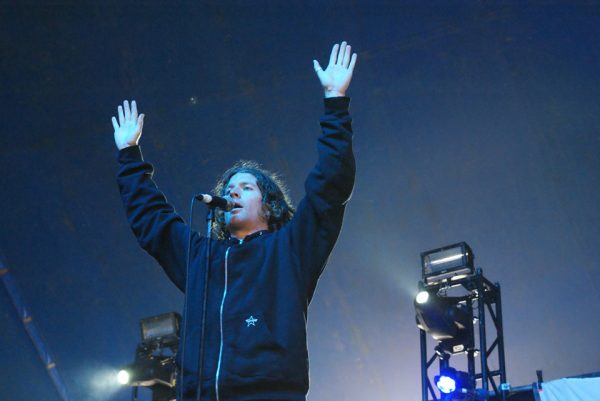 An almost unbearable tension builds as a we await for Wage War and it’s finally released when they hit the stage. There’s a real buzz building around the group and it’s easy to see why they’re being touted as the successors to Hatebreed’s throne. Doing exactly what their name suggests their 35 minute set is akin to an artillery barrage and the healthy throng at stage front immediately erupt in a pit: it’s that kind of music. Treading the fine line between metal and hardcore and juxtaposing clean and gruff vocals ensures things remain interesting and avoids a descent into geneticism.

Turnstile are a band reinventing the wheel with unorthodox rhythms and time signatures and their blending of different genres has raised a few heckles in the often conservative world of hardcore. The integrity with which they operate holds the disparate elements together as groove leaden sections effortlessly nestle next to nu metal breakdowns. All over the stage like five whirling dervishes the bands high octane performance is rewarded with plenty of moshing and crowd surfing and a spirited run through of ‘Blue By You’ is a definite set highlight. 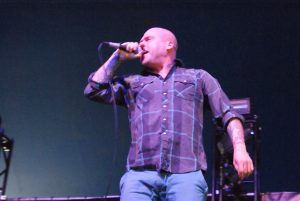 Australia’s Pagan once described their sound as “French pop and Italian disco mixed with Norwegian black metal” and although they lean closer to BM you can detect those other elements in their sound. They’re here to ensure everyone has a good time and by second track, the unholy ‘Holy Water’ they’ve fulfilled that remit. Offstage vocalist Nikki is the most amiable character but onstage a metamorphosis takes place; part fluffy drama teacher, part Regan MacNeil from The Exorcist but always hyperactive and entertaining and switching between guttural and clean vocals on enhances this transformation. Their debut album, Black Wash, was one of 2018’s key releases and today’s set is largely culled from that record and the songs lose none of their ferocity in the live environment and their short, sharp shock of a set is over too soon. 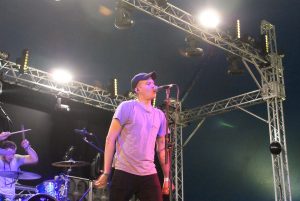 With a hyperactive frontman whipping the crowd into a frenzy California’s The Bronx are a bundle of nervous energy. Their enthusiasm soon wins over any doubters (if any were present) and by fourth track, the pulse raising ‘Heart Attack American’, the crowd erupts and quite a few look in need of resuscitation. ‘Cobre Lucha’ maintains the pace with the band showing no signs of flagging and, like hardcore legends Sick Of It All’, their energy levels are increasing with age. Wrapped in a humongous riff ‘History’s Stranglers’ brings things to a suitably frantic conclusion. 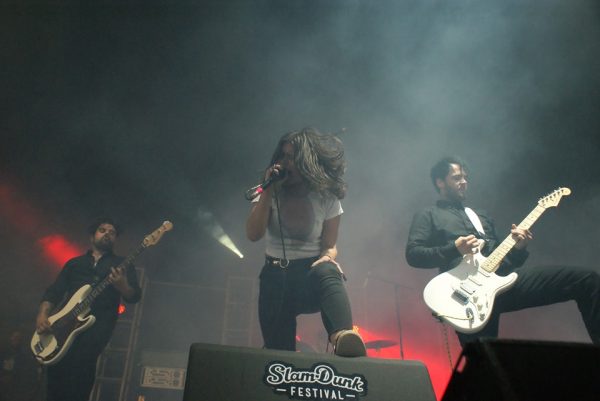 An air of expectation weighs heavy for perhaps the worlds most illusive band, Glassjaw. With over 15 years between their second and third albums they certainly know how to make their fans wait. On the live circuit they’re just as elusive due to vocalist Daryl’s Crohn’s disease which makes touring difficult and can lead to some hit and miss performances. No fear tonight because they’re on top form as ‘Cut and Run’ proves to be an explosive opener. ‘Tip Your Bartender’ quickly follows along with the excellently titled ‘You Think You’re (John Fucking Lennon). Despite their lackadaisical attitude to releasing albums they nevertheless have an impressive discography as three from 2002’s Worship and Tribute follow: ‘Mu Empire’, ‘The Gillette Cavalcade of Sports’ and a fine rendition of ‘Ape Dos Mil’ along with two from latest album Material Control fol: ‘New White Extremity’ and ‘Shira’. The band look genuinely happy to be playing at Slam Dunk and lock in well together with Daryl, thankfully, showing no signs of fatigue. ‘Siberian Kiss’ is the perfect closer and initiates some serious pit action as Glassjaw bring the curtain down on the Impericon Stage in style.