Back in 2007, James Michael, Nikki Sixx and DJ Ashba wrote the bulk of Motley Crue’s last studio album, Saints Of Los Angeles. Later, when the stars aligned in the LA sky, they formed Sixx:AM. This is their fifth studio album.

As the album titles suggest, where Volume 1, Prayers for the Damned (released earlier this year) was shrouded in gloom, this second volume, Prayers For The Blessed emerges from the shadows like some bruised character from an old John W Campbell story. And while you might brand the music of fellow travellers, Motley Crue and G’n’R as grimy and culturally transgressive, Prayer… plays it straight, walking a high wire between hard rock and heavy metal, grabbing onto the best from both sides, getting the balance just right.

At their heart, ‘We Will Not Go Quietly’ and ‘The Devil’s Coming’ are adrenalin pumping pop songs. Still tough as teak though, propelled by thick cut, eminently tuneful riffs. ‘Barbarians’ and ‘Wolf At Your Door’ both suggest that on Sixx:AM’s Top Ten things to sing about, the End of the World features high on the list. The lyrical content adds up to some heavy shit – clearly the band’s own way of railing against the populist rage that surrounds us – but here as throughout the album, the band’s perfectly structured songs can take the weight.

The Crue and Gn’R’s Sex and drugs and rock’n’roll recipe for success may have found a more enthusiastic audience, but there’s no doubting this band’s fierce passion, meaning the slick switch from Volume One’s savage amusement to Volume Two’s declamatory warnings needs to be skilfully navigated. And they maintain an ever present air of detached cool, while cranking up the rhetoric and the guitars to deliver hulking rock songs – sweetened by insanely effortless hooks – like ‘That’s Gonna Leave A Scar’ and ‘Suffocate’.

Arguably, the album’s ballads are its weakness. ‘Maybe It’s Time’ gets to the climactic moment with undue haste, sounding a bit frantic, and a cover of Pete (Badfinger) Ham’s ‘Without You’ (famously covered by Harry Nilsson) might have sounded like a good idea, but comes across here as indulgent.

Underlying every other track is a sense of urgency, a controlled dash for glory, a well planned sprint to the finishing line. In the hands of other bands, this would have acted like a steamroller, but Sixx:AM bring you with them. Their music has evolved, that’s clear. The undeniable heaviness of their live sound has percolated down into the studio. This stuff sounds immense. 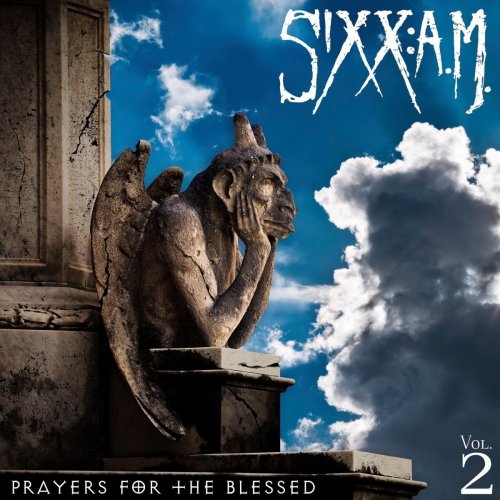