This is the second full-length release from Sinistro but it’s the first to feature Patricia Andrade on vocals. As such, this effectively constitutes something of a new dawn for the Portuguese doomsters whose self-titled debut gained them many admirers back in 2012.

When Patricia subsequently stepped up to the mic to record a two-track EP with the band a year or so later it was presented as ‘Sinistro and Patricia Andrade’.

This album is simply ‘Sinistro,’ suggesting the singer is now firmly established within the fold and very much a part of the band, rather than some kind of ethereal spirit just passing through.

Patricia’s soft and sultry voice certainly makes Semente an engaging album and its lush lines mean that it is very easy to warm to. Her softly spoken whispers invite numerous comparisons, so how about three for starters, Clare Grogan, Sade and Cocteau Twins’ heavenly chanteuse Elizabeth Fraser.

It may seem a little unfair on the rest of the band to direct all our focus on Patricia, but when the other band members simply refer to themselves by a single initial on their own website, then that’s kind of hard to avoid.

Although death forms the backdrop to the melancholic mood that permeates Semente, the soundscape isn’t necessarily cold or bleak. In fact you could probably play the seven spiraling songs in a baby’s nursery reasonably confident that you would not wake the infant.

That’s not to say it’s all soft soap, there are plunging grooves in play too, such as on ‘Corpo Presente’ and things at times also get a bit fiery on the atmospheric ‘Relíquia’.

The closing ‘Fragmento’ is the longest track and after a few spoken mutterings from Patricia, her silky voice again starts painting pictures for the gods, full of marshmallow moments with just the faintest of rhythms to help along the way. Towards the end there is a shift as the mood darkens, the hypnotic pounding deepens and the intensity is increased. By now the baby is probably awake!

By all accounts, Sinistro also gave some compelling live performances recently when on stage in London at Desertfest and again in the Netherlands during Roadburn where photos show that Patricia has something of Siouxsie Sioux about her – and that can never be a bad thing. 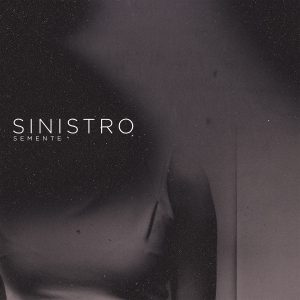