Album numero three from Nashville trio Simo is something of a surprise. After two (dang good) albums of scruffy, fuzzy blues, their latest release, ‘Rise & Shine’, is a very different creature. Head honcho J.D. Simo has clearly been sifting through his record collection and unearthed a whole lotta soul.

Finger clicks and bluesy wah-wah licks lead us into the funky, bare bones ‘Return’. The vocals are hushed and intimate, soulful and spare. You expect it to explode…but it doesn’t. It slinks along in a Curtis Mayfield style. The album continues in this vein for several songs, beautiful low key funk jostles with agile yet powerful rhythm dynamics. The solos are cool and classy. There’s more than a smidge of Prince to this.

Other sounds start to appear. Spacey psychedelia joins the fray in ‘Shine’. It’s a sophisticated mash up of sounds and styles and the trippiness is not included to the detriment of the melody or groove. There’s a definite hard edge behind the slinky fatback funk. There’s also one seriously fucking sexy Hendrix solo in ‘People Say’ – fierce, defiant, and you can absolutely shake your booty to it…if that’s your thing.

‘I Want Love’ is a languid soul ballad with soft, scrummy guitar and vocals a la Al Green…until, that is, the heavy fuzzed-out, far out solo. Oh, and not forgetting the Northern Soul bit. It’s epic and gorgeous…and it’ll get you laid. Possibly.

Instrumental, ‘The Climb’, wrong foots you again with its acid desert twang and echoey cinemascope grooves. It’s all fearless, adventurous stuff and it gets bluesier as it goes.

All of this leads us to the two song, sixteen minute emotional peak of the album. ‘Light The Candle’ has a tie-dyed yet contemporary Howlin’ Wolf vibe and is the albums loudest, nastiest claim to badassery. The solo is Hendrix via Gilmour, soaring like an eagle over the scorched earth rhythm – hovering, looking for its prey and then swooping in for the kill. Just in case you were beginning to wonder if these guys still flat-out rocked.

‘Be With You’ was recorded in one take at 5.15am and is a proper “wee small hours” song – drunk, fried, heartbroken and weary – the blues rearing its tired, fucked up head again. It’s simply huge – channelling Otis Redding but with gravity defying guitars. And from there it’s into the come-down with a gentle, spiritual acoustic blues and the 13 minute ‘I Pray’, which consists of a spoken word prayer of hope for the world (which, admittedly, is a tad earnest and tree-huggy) and a guitar solo for the ages. And ages is what it takes – a good eight or nine minutes of Dead/Doors cosmic noodling, the type of which you don’t hear much of these days.

And then it’s over and you’re left drained. It’s quite a special thing this album. A proper disc that takes you on an emotional journey of peaks and troughs. Epic, brave, cool, geeky and a definitive contender for album of the year. Highly recommended. 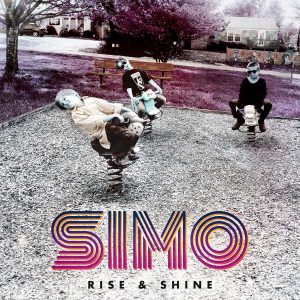