Following the announcement of Shiki their new studio album, released on 26 August through Peaceville, the cult Japanese black metal legends Sigh have released a video for the track ‘Satsui’ which you can enjoy with us here. 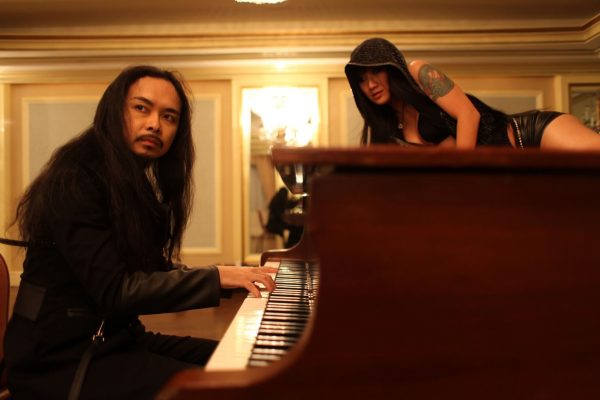 Sigh mainman Mirai Kawashima explains: “The album Shiki is mostly about my personal fear of getting old and my fear of death, but some of the songs are a bit off topic and ‘Satsui’ is one of them. ‘Satsui’ means ‘Intent to Kill’ and it is my personal view on the death penalty.

“You often hear people say ‘The criminal penalty is not meant to be for revenge’ or ‘we all live in a country governed by law’, but I do not think things are that simple; but of course everybody has the right to have their own opinions though. I guess the song is one of the most straightforward ones on the album.

He goes on to explain the full album version of the song – ‘Satsui – Geshi No Ato’ – “On the other hand, ‘Geshi no Ato’ is a completely different song. I composed that as an outro to ‘Satsui’, and the lyrical concept followed. The title means ‘After Summer Solstice’’, which is a metaphor saying that your heyday is gone. I played all the guitars on this and Mike Heller banged chairs, pieces of wood, boxes, water bottles, etc to create the beat!”

The full version of the song, ‘Satsui – Geshi No Ato’ has just been released as a digital single and is now available on all streaming platforms.

Sigh’s forthcoming opus, Shiki, is dark and eclectic blackened heavy metal, shrouded in traditional eastern influences, and marks the latest chapter in the Sigh legacy, which includes some of the band’s heaviest and darkest material for some years; a fine hybrid of at times primitive black metal akin to early influences such as Celtic Frost amid more epic melodic heavy metal riffing and solos.

It will take you on a journey through the strange and the psychedelic, incorporating a whole eclectic mix of genre styles & experimentation throughout their career. Highlighting that Sigh has remained a vital creative force in the avantgarde field whilst maintaining their old school roots. 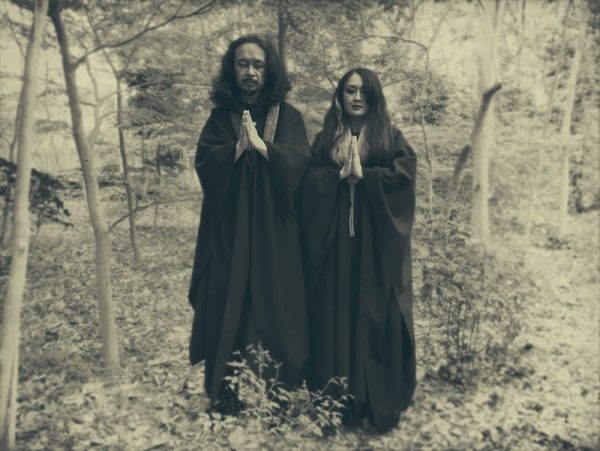 The word ‘Shiki’ itself has various meanings in Japanese such as four seasons, time to die, conducting an orchestra, ceremony, motivation, colour. The two primary themes for the album are “four seasons” and “time to die”. The concept and artwork is based around a traditional Japanese poem, and on Shiki Mirai explores how at this stage of life he himself is going through Autumn, with Winter coming soon, and so empathises with the contrasting sentimental feelings from watching cherry blossoms (a symbol of spring) in full bloom.

Joining Mirai and Dr Mikannibal for this release are Frédéric Leclercq of Kreator, plus US drummer extraordinaire, Mike Heller of Fear Factory and Raven, along with an appearance by longtime member Satoshi Fujinami on bass. Shiki was recorded across multiple studios, and mixed and mastered by Lasse Lammert at LSD studios in Germany.

The album utilises a whole host of instruments to give further texture and dynamics to the compositions and eerie atmosphere, incorporating traditional oriental instruments such as the Shakuhachi & Sinobue flutes.

Sigh, featuring Mirai Kawashima, Satoshi Fujinami & Kazuki Ozeki formed in 1989/90 and following their initial demos, Shinichi Ishikawa was brought in, and Sigh set about recording the masterpiece debut Scorn Defeat for Euronymous’ Deathlike Silence Productions, going on to become one of the country’s greatest and most revered metal exports.

Shiki will be released on 26 August on CD / black vinyl LP / ltd edition green vinyl LP and digital. You can pre-order here. 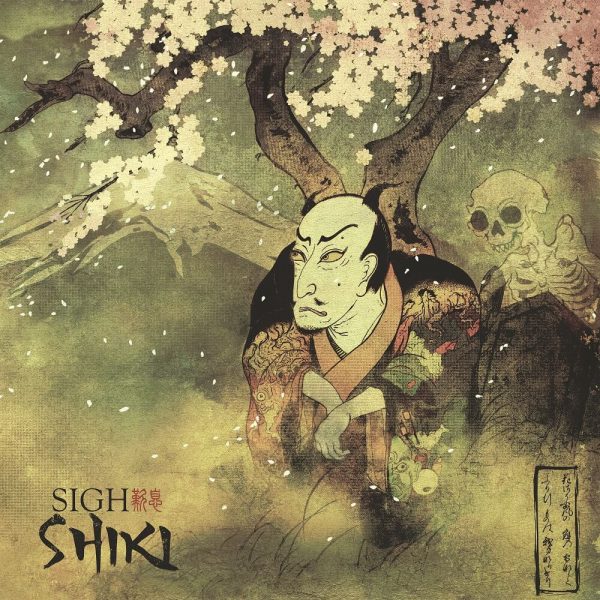