Siberian are a band that before seeing this album in our review list I’d not come across. As a fan of sludge as both a genre and general substance, this surprised me and I leapt at it with hungry ears. I’ve listened to this album numerous times and my impression of it changes with every play. What Siberian have produced is a complex record of sorts, reminiscent of Chapters’ debut and Sylosis’ Edge Of The Earth, both having that modern thrash-esque production style, but somehow vastly removed from that scene.

Tracks like ‘Gift Curse’ and ‘Misfit Opening’ have a gritty edge but are somewhere between that Converge brutality and Sylosis finesse. I find that the album works better as a whole as opposed to track by track, it’s hard to pick any particular highlights, but that’s not to say that what’s on offer is anything sub-par. I realise I’m not at my most eloquent here but I’m genuinely stuck for words with this record. I really like it, and it’s well written, performed and recorded but there’s just something about it that I can’t get my head around. The only real downside of the record is that, musically, it sounds a bit familiar… as I’m sure it will do to anyone that has the first few Mastodon albums and a bit of imagination.

So they’re not putting out the most original material on the market, but who really cares? If you like the raw side of Mastodon and slightly dirtier, 90’s metal production, this is a great album. It’s got riffs, it’s got melodic sections and it’s certainly got pissed off vocals, but what Siberian are currently lacking is their own voice. Clearly talented, they have the potential but haven’t fully shown it with Modern Age Mausoleum. 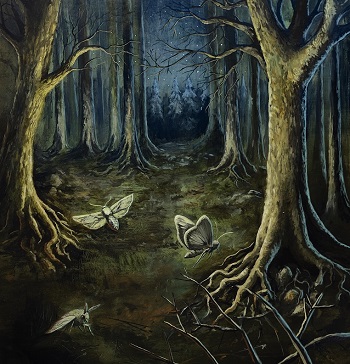