Not so super Supergroup.

Shadow King was Lou (Foreigner) Gramm’s band, a supergroup of sorts that really wasn’t so super. They recorded a single, self titled album in 1991. The year of AOR’s last fling.

You can hear Gramm and his co-writer, ex Black Sheep bandmate, Bruce Turgon, thumbing through the Foreigner songbook for ideas, then taking aim and firing off a burnished batch of arena rock songs, tailored for a dwindling audience. Most just go sailing by and there are a few near misses, but there are no direct hits.

Mick (Foreigner) Jones had his finger on the pulse of record buying America. He softened up bruising, hard rock material by adding heart lifting hooks and a candid weight of emotion. Shadow King follow the formula but find the end result is impossible to replicate. ‘Once Upon A Time’ gets close, ricocheting off the target, and ‘Don’t Even Know I’m Alive’, clearly sighted on ‘Waiting…’ and ‘I Want To Know…’, lacks the depth and the connection of its Foreigner equivalents. Only the tougher, bluesier texture of the harder rocking ‘I Want You’ provides enough impetus for the song to stand out among an album of big, polished but ultimately shallow melodic rock. 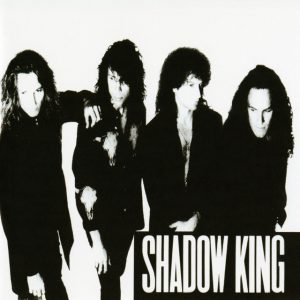