Still alive and kicking! The first studio album from Seventh Wonder for eight years hardly portrays a prodigious work rate but this is a slab of progressive metal that has been worth the wait. These musical partners in crime from Sweden have crafted a piece of art that allows each of the seriously accomplished musicians to stamp their own trademark across proceedings. Fronted by Tommy Karevik of Kamelot fame Tiara is their fifth studio album and the second concept album (after Mercy Falls). Now before everyone starts groaning about another concept piece just park your thoughts and let the music do the talking because this is a finely produced jewel in the crown with so much to enjoy.

The instrumental ‘Arrival’ creates a nice build up before the dial is turned up to the max and ‘The Everones’ blasts from the speakers. Oh my goodness if you like Dream Theater you will be in heaven. Pure melodic symphonic power metal leaves you gasping in awe. Karevik has a wonderful warm voice with a fantastic range and even drops in some nice electronic vocals to vary the texture. With speed and pace the energy of the number just leaves you begging for more of the same.

Johan Liefvendahl (guitars) is a star regardless of how big the band actually is. Yes there are clear influences from the likes of Yngwie Malmsteen and John Petrucci but his playing at times is purely orgasmic with crisp well toned solos interspersed with hooks that can only be described as anthemic. Just listen to ‘Dream Machines’ and the opening of ‘Against the Grain’ to get a feel for how impressively he takes the listener on a voyage of true excitement.

A trilogy of linked songs at the centrepiece of the albums shows a real variation to the pummelling metal that preceded. On ‘Tiara’s Song’ the overall sound is sophisticated grandiose rock roughly along the lines of music penned by Gary Hughes (Ten). A slow melodic piano introduces ‘Goodnight’ with keyboards and guitar synergizing perfectly to create atmosphere for the rest of the track before it concludes with some communal singing accompanied by an acoustic guitar. It is all nicely wrapped up with ‘Beyond Today’ which ebbs from beautiful piano to emotionally sung lyrics which show they can also do ballads well.

Female vocals make a surprising but incredibly effective appearance on ‘The Truth’ another refined piece before the positively frenetic ‘By The Light Of The Funeral Pyres’ packs a real punch. The drum tempo here and at other points on the album is at supersonic pace and new band member Stefan Norgren must have spent some serious time in the gym to keep up the pace. The main architect behind the band and the music is Andreas Blomqvist (bass) who simply gets the job done with his creative style of playing. ‘Exhale’ brings it all to an end and it is certainly time to breathe again after 70 minutes of ecstasy.

Imagine a hot sweaty summer day when you have an irresistible need to quench your thirst. That ice cold drink is like pure nirvana and this is the feeling this album will give you. They may not be a top-tier prog-metal band but certainly deserve to be as they are seriously underrated. 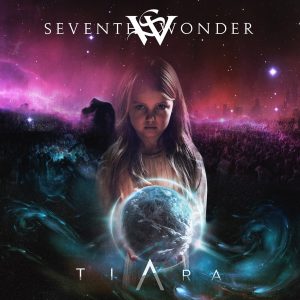