A Sepultura album release is rarely a cause for anything other than a celebration. One of metal’s genuine living titans, on new album Quadra the South American kings show that they’re still a rumbustious force to be reckoned with.

Following the impressive scene-building intro to opening number ‘Isolation,’ one of those trademark floor-shaking Derrick Green roars triggers a full-bodied hell-blazing sonic step with the imposing frontman hollering ‘in the cage, in the cage, you will remain’. The tempo is at Grand Prix pace but the Seps have more strings to their bow thesedays than Robin Hood, injecting some razored solo work and even a few choral chants to keep the whole thing sounding fresher than newly cut grass.

There’s some serious bass grooves leading into ‘Means To An End,’ which quickly ignites into an absolute firestorm complete with those distinctive Sepultura sirens that have been a fixture throughout their career, Green bellowing out ‘wake up!’.

Sepultura’s history is as well known, and almost as long, as the Bayeux Tapestry. The old stories don’t need retelling. This is a Green Day as they all have been for 30 years now. Derrick has the kind of vocal tone and density that could knock a hole in your kitchen wall, while the febrile framework is Sepultura to the core, timing and texture drilled to perfection.

‘Last Time’ rushes by in something of a blur but the tone changes for ‘Capital Enslavement’ when some old school Burundi-style Brazilian beats take us back to the really early days, before Green sends things spiralling in a different direction, using it as a vessel for his anger.

There’s a steak-sized chug at the start of ‘Ali’ which quickly develops into another speedball number with flailing guitars and deep crunching grooves, before the pace is reduced to more of a stomp on ‘Raging Void,’ which arrives with a built-in pit singalong chorus.

‘Guardians of Earth’ opens with an acoustic-style instrumental, one in which Andreas Kisser gets to remind us what an accomplished player he is before the pin is pulled and the Sepultura sonic stormtroopers make their move, some haunting choral cries adding a further layer to the already steamy melting pot.

Throughout their near 40-year career Sepultura’s consistency has been remarkable, dropping new albums almost exactly every three years. This is the 15th. On this latest opus they pay homage to some of their early breakthrough beasts such as Arise and Beneath The Remains, but at no point on Quadra are you made to feel their current work is any less committed or compelling.

Kisser again expresses his silken fingered stringwork on ‘The Pentagram,’ on which he unleashes some of the longest guitar solos of his Sepultura career. Its headspinning just listening to it so how the master craftsmen can maintain such precision work can I guess only be attributed to one word. Genius.

The album’s title track is a brief instrumental punctuation point and it is followed by the album’s longest track, ‘Agony of Defeat’ which gathers momentum throughout its journey, from small pebbles thrown in the river all the way through to a full on tidal waves. The final track is another medium-paced number and features an unexpected addition with Far From Alaska singer Emmily Barrato’s vocals working well in tandem with the big man.

Kisser developed a theme on the album around numerology, and in particular the number four, hence the album title. If it’s a numbers game then Sepultura’s Brazilian blend continues to add up very nicely indeed.

Released via Nuclear Blast on 7 February 2020 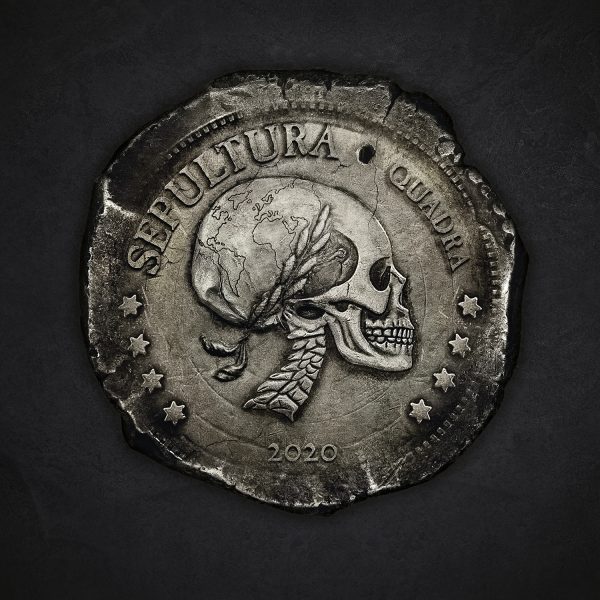