With the kind of atmospheric sound that’s only heard on black metal records Portugal’s Sepulcros are about to release their debut album Vazio. Like Atlas holding up the celestial heavens it’s a weighty album that’s sure to make a big imprint with its unique doom/death hybrid.

Opening to the sound of a microphone being lowered into the bowels of hell ‘Involucro Oco’ is a brief opener that sets an ominous, claustrophobic tone which reverberates throughout Vazio. With little fanfare it segues directly into the title track and drags itself along upon grazed knees, a goliath wounded in a sword fight. Aided by an expansive production Sepulcros have unleashed a record that sounds massive and dwarfs the listener beneath its monolithic brilliance. Like a huge grey leaden sky it hangs oppressively overhead and finally cracks with a seismic sonic shift: from doomy dirge to blackened thrash in a (dark) heartbeat is quite startling yet it’s a move which Sepulcros make seamlessly.

With no space between the tracks Vazio plays through like a nightmarish concerto; a sinister Wagnerian opera that weaves its tapestry to a death metal beat. Those tensions of opposites are ever present as crushing brutality sits next to venomous blast beats and each act as a foil, highlighting the other and mirroring their intensity. Vocally too things swing wildly from guttural growls to glass shattering shrieks which ensures this album inhabits that mythical space between death, black and doom. Aside from the two instrumentals that bookend Vazio the tracks enter epic territory yet they manage to hold the listener spellbound: this isn’t the type of album you put on as background music, it demands your full attention.

As debut releases go Vazio is a pretty cohesive affair and that shouldn’t really come as a surprise with three members of Sepulcros also playing in Portuguese blackened death trio Summon. The modus operandi here is quite different yet songs like (lead single) ‘Hecatombe’ share a certain atmospheric aesthetic that’s usually only found in black metal circles. Imagine two huge glacial icebergs breaking free and colliding then you’d have something approaching the enormity of ‘Hecatombe’, a song that cracks and creaks like permafrost encroaching upon dry land. ‘Humana Vacuidade’ is the discombobulating instrumental outro that finds the band magically disappearing amongst early morning mist. 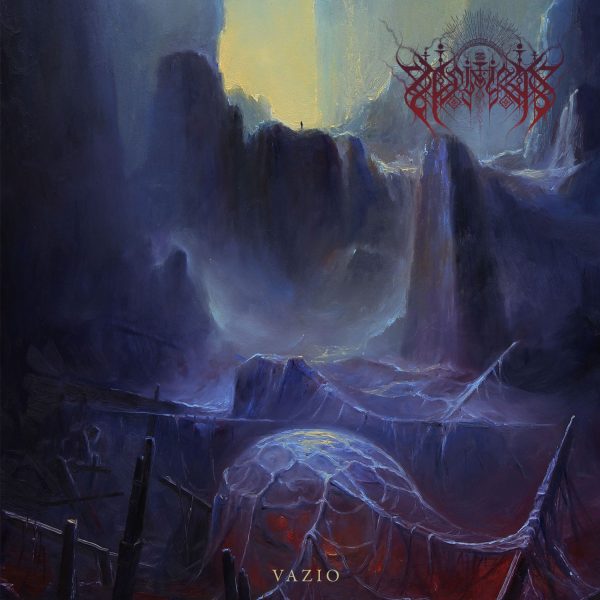