Bowel-shaking Septic Tank have taken a couple of decades to get their debut album released but now it really is all cisterns go. Paul Castles takes the temperature on this anarchic Rise Above Records offering, released on 13 April 2018.

Lee Dorrian has enough strings dangling from his extreme metal bow to keep your average origami enthusiast in business for weeks. Best known for the much-loved Cathedral, when those 90s doom generals finally called time on more than two decades of musical misery he immediately embarked on another no less successful venture, With The Dead. While With The Dead are still full of life, so to speak, Dorrian is creating a very different kind of sonic stench with Septic Tank, an anarcho project that first saw light 30 years ago only to shimmy back under the creaking floorboards almost before anyone had even seen them emerge. And of course, to put the sticky seal on the Dorrian diary, Septic Tank’s debut album – the review of which we’ll get to shortly – has been released via Rise Above Records of which of course Dorrian is the commander in chief.

While three former Cathedral members are again singing from the same hymn sheet with Septic Tank the tone and tension rammed within Rotting Civilization is of a completely different texture to the material the trio laid bare when in the Cathedral crypt. While the latter’s music was morose and crushingly heavy, the unbridled racket kicked up by Septic Tank is driven by the likes of Discharge, Siege and Bad Brains and other hardcore punk acts from the late 80s and early 90s. While Septic Tank was a side project that Dorrian, guitarist Gaz Jennings and drummer Barry Stern (alongside Repulsion’s Scott Carlson on bass) kicked about like a rusty tin can in the mid-90s, it never really saw daylight.

The catalyst for Septic Tank reemerging from the swamp was probably when Scott Carlson rejoined the Cathedral ranks at the tail end of their career, playing on the band’s final album The Last Sphere and joining them on stage for the final flurry of live shows. With the final album put to bed, Dorrian, Jennings and Carlson decided to invest some free time in the studio dusting down some the spirit of Septic Tank and across a six-hour time-span managed to both write and record an EP with esteemed producer and able sticksman Jamie ‘Gomez’ Arellano making up the quartet on drums. That self-titled seven-inch EP, featuring songs such as Fatal Eclipse and The Slaughter was limited to a collectable 900 copies and released only in Japan. 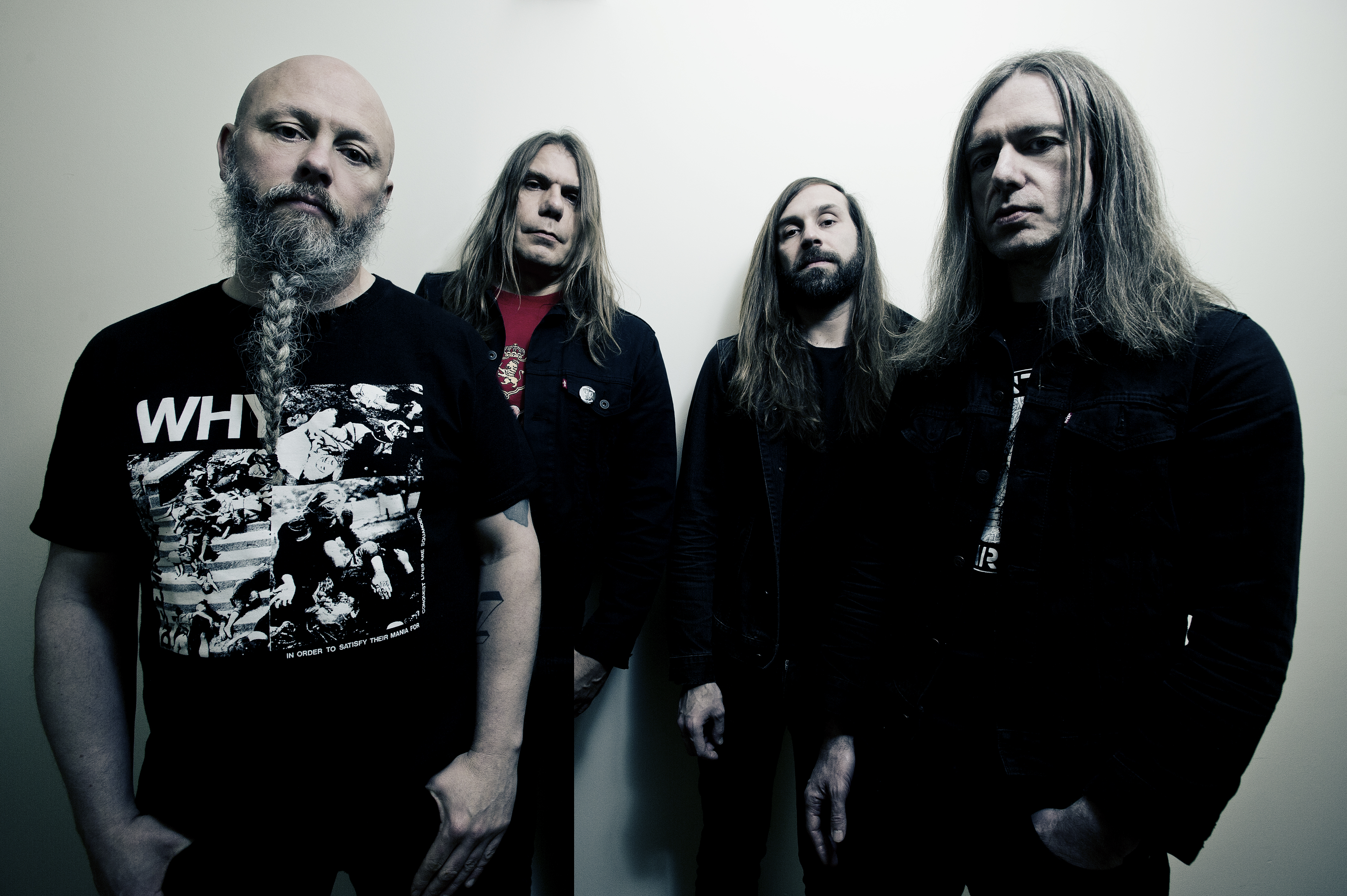 With Carlson residing Stateside it was far from certain what direction, if any, this venture would take. The trigger for a solidification of Septic Tank into something more tangible was actually Black Sabbath’s farewell show in Birmingham. Carlson crossed the pond to attend the show and then hooked up with the aforementioned trio for five days. With 14 songs already penned, albeit in draft format, the quartet created a further eight songs. Having prized open the door of the Septic Tank, a flow has now turned into a gush in the form of 18-track  debut album Rotting Civilization. The time is now right musically, socially and politically to release the rotting odours that have been festering within Septic Tank for more than two decades.

If much of the 80s hardcore punk scene across both sides of the Atlantic was driven by the Thatcher/Reagan love-in, along with traditional anarcho staples of police and government oppression the mood in the world today – thanks to The Donald – is scarcely less febrile while the increasing West/Russia wrangle has rekindled Cold War memories for those who lived through those times. So not shortage of content for Septic Tank to rip into and this they do with admirable effect on the album’s explosive self-proclaiming opener ‘Septic Tank’. What follows is a succession of sonic snapbites, each seemingly faster and more furious than the one before. So raw as to be near frozen, this wasn’t a record where Dorrian was anxious to smooth out the rough edges. The spirit is very much DIY punk, raging at the world and its inequalities both of a personal and collective nature. ‘Social Media Whore’ is a two-minute blast with a terrace-like boots n braces chant (before all-seater stadia, young ‘uns) and a rat-a-tat riff pattern.

‘Treasurers of Disease’ is the first track where Septic Tank take time to fill their lungs up, a rumbling groove slowing the tempo albeit briefly. Business is resumed on the following 57-second ‘Fucked’ which is as abrasive as it would suggest. While far from Cathedral-paced, the album’s longest track at four minutes is one of the slowest, in parts at least, before another effluent overload starts to break through the seal on your sound system. ‘Digging Your Own Grave’ has the speed of The Ramones but still finds a moment or two for a slower thumping riff attack. Old punks may recall a wonderful song by Geordie Punk darlings Penetration called ‘Danger Signs’. Septic Tank have their own song of the same name although this one is far more visceral, complete with well delivered timely Dorrian grunts. Penultimate track ‘Living Death’ is a stupendous sewage lined stomp of a song before ‘Rotten Empire’ brings what remains of the curtain down.

Rotting Civilizations will stir great memories of the hardcore punk nights back in the day. If you weren’t there then this will tell you what they were all about.