Formed in Ridgewood, New Jersey by guitarist Garrett Zablocki and vocalist James “Buddy” Nielsen (the sole original member) post-hardcore band Senses Fail are a band in constant evolution. Always pushing at the genres boundaries, the band have left a slew of acclaimed albums in their wake, and record number eight, Hell Is In Your Head, finds them forging onwards, and in doing so they’ve created a career defining statement.

It’s certainly true that you can’t a record by its cover, however, the sleeve that houses Hell Is In Your Head is fairly indicative of the sound contained within. The skull and half-spent candles that adorn this record speak of unease; a feeling of one’s own mortality, and that’s born out by the brief introduction that heralds the arrival of opening salvo ‘The Burial Of The Dead’. Both heavy and ethereal, it seems to emanate from some inner circle of Dante’s Inferno and it slowly weaves a dark, hypnotic spell over the listener. The album really hits top gear with ‘End Of The World/A Game Of Chess’, and marries stark lyricism with an equally confrontational sound, and the result is a song so arresting, it should be illegal.

2022 marks Senses Fail’s opal anniversary, and they’ve come of age in style with Hell Is In Your Head. This a deeper, more thoughtful band who draw on philosophical issues which touch on themes of life and death. While this record isn’t a concept album, the overarching themes stitch the 11 songs together, to create a unified feel. If I’ve made Hell In Your Head sound dark and sinister, that’s because it is, but there’s plenty of light to balance the shade. Like many great works of art (Cream’s ‘Layla’ or Burgess’ A Clockwork Orange) this record is, reflecting its duality, an album of two halves. From the track ‘Miles To Go’ onwards a transmogrification occurs and Senses Fail avert their collective gaze upwards. There’s no major diversion, yet the band display a litheness that was missing earlier on the album.

With a moniker like ‘Hell In Your Head’ you’d expect the title track to be a heavy bruiser, and while it might be lyrically, musically it skips with an effervescence that’s buoyed by soaring guitars. It’s an intriguing tension of opposites, with each acting as a foil to illuminate the other, and further highlights the duplexity of this record. Buddy Nielsen has bravely bared his soul while writing these lyrics, and epic closer ‘Grow Away From Me’ finds him standing totally unguarded, and as the sole songwriter he’s really come into his own, penning words that will haunt you long after the disc has stopped spinning, as will the evocative guitar that tails the song…but nobody said this was going to be an easy listen. 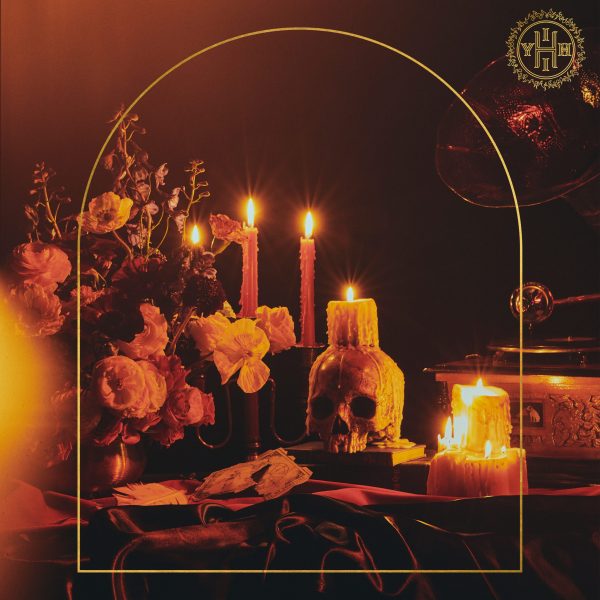