To call San Diego’s SeeYouSpaceCowboy’s aesthetic dark would be something of an understatement. So tightly woven into their molecular structure is this darkness that sophomore album The Romance Of Affliction was always going to be instinctive and emotional. However, it’s a labyrinthian album that’ll draw you into a world that’s full of light and shade.

SeeYouSpaceCowboy aren’t a band who deal in subtleties and opening track ‘Life Is A Soap Opera Plot, 26 Years Running’ is introduced by an ear-piercing, unearthly scream. It’s so arresting that it should really come with some kind of health warning, but it does give a good indication of what’s to follow over the next forty minutes. It’s a sound that explodes then fractures like shards of glass and is the musical equivalent of Dadaism; on first listen it can sound irreverent with opposing sounds assembled then juxtaposed in unusual ways and thus, can seem a tad chaotic. However, within the pandemonium exists an order which renders The Romance Of Affliction extremely listenable, although if you’re new to the band it may take a couple of spins until your ears are fully attuned.

Self-described purveyors of “sasscore” SeeYouSpaceCowboy’s sound is a pleasing amalgamation of hardcore, grindcore and metal and, like unhinged alchemists, they mix them to great effect. But one thing they are certainly not is generic. there’s plenty of variety on display with the vocals on ‘Sharpen What You Can’ wildly veering between clean, guttural and rap (and features vocals from rapper (SHAOLIN G). In fact, ‘Sharpen What You Can’ crams more into two blistering minutes than most bands put onto an entire album. Making good use of musical dynamics ‘With Arms That Bind And Lips That Lock’ places ferocious blastbeats next to more ambient sections, each acting as a mirror to highlight the other and the result is a sound that repositions the listener and demands your full attention.

Based upon traumatic, real-life events The Romance Of Affliction is a raw and visceral record and that feeling is enhanced by Issac Hale’s (Knocked Loose) production. The guitarist has brought the punch from Loose but has retained SeeYouSpaceCowboy’s subtlety and the jazzy breakdown on ‘Anything To Take Me Anywhere But Here’ (where did that come from?) is totally unexpected yet it slots in perfectly and adds another shade to a technicolour sound. By the time we reach epic closer ‘The Romance Of Affliction’ the listener is left feeling emotionally drained by dint of the album’s content. Featuring a guest appearance from If I Die First, this audacious finale is a fine way to bring closure yet, as the song is consumed by ethereal piano it suggests there’s much more to come from this Californian quintet.

Handling the “difficult second album” with apparent ease SeeYouSpaceCowboy have produced a record in The Romance Of Affliction that should propel them to new heights. 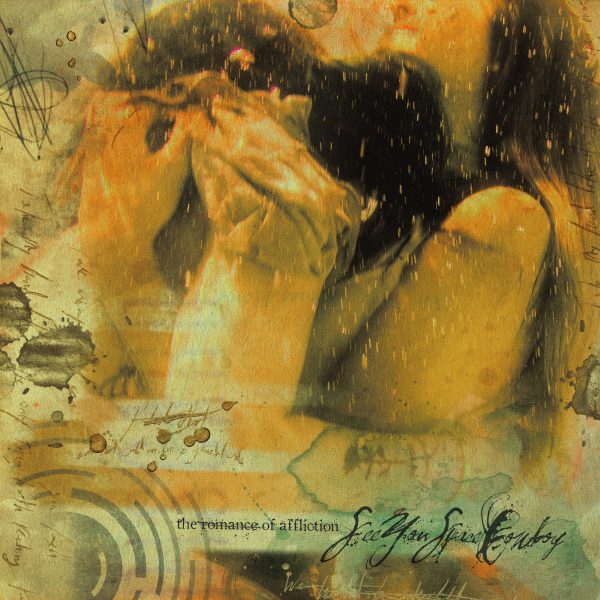