Another last album from the Scorpions. They’ll go down in history as the band who, 1, had a huge, international hit with a song with whistling in it, and 2, had more last albums than you could shake a stick at. And is it any good? Well, it’s marginally better than the distinctly dated title suggests. Almost all of the songs are the now-finished versions of material written for Love At First Sting (1984) and Blackout (1982) albums. Several of them have not survived the journey. And many of them sound tired and jaded after coming such a long away.

Like fellow travellers AC/DC, The Scorpions use the word “rock” a lot nowadays in the titles or lyrics of their songs. Perhaps it’s a word that is interchangeable, with other meanings. Or maybe it just is what it is. There is ‘Rock My Car’ – wow! Really? And Meine didn’t say “put the pedal to the metal” there, did he?

He did. So let’s stay on that theme and envisage the band as a lumbering juggernaut, wheezing down the slow lane, spilling oil and spouting steam, limping along on a couple of flats. It knows its best days are far behind it and the engine will soon seize up, but hell, once upon a time the pistons purred and it could accelerate from zero to hero in a heartbeat. There was a time when robust songs, filled with hair raising dynamic shifts, could be buffed hard into imperishable rock anthems.

To the band’s credit, you can hear those echoes bouncing about Return To Forever, and as collision points between the present and the past, ‘We Built This House’ and ‘House Of Cards’ are real standouts. The first is the work of an enduring band who’ve “faced stormy weather, and stood together” – a ballsy rock songs – a calling card, if you will. And, talking of cards, ‘House of Cards’ is the band at their balladic best, unrolling a dramatic narrative against a sympathetic, semi- acoustic backdrop, before cranking up into a punchy, climactic chorus, neatly arranged and sturdily tuneful.

‘All For One’ and ‘Rolling Home’ are catchy, competent call and response rock songs – buccaneering, guitar driven – the kind of stuff an enthusiastic public devoured in the eighties, but maybe a little too lightweight for today’s palate. But that’s really about it. Elsewhere, the recycled riffs and ideas would please no one but an eco-warrior. Maybe there’s a reason they were left unfinished 30 years ago. Forgive me, but perhaps the winds of change have just about blown themselves out. 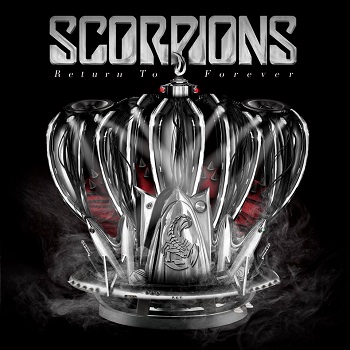