A house of many rooms…..

Scientist are a 4-piece hailing from Chicago and (deep breath) 10100II00101 is their second full-length album. Ah, Chicago – the windy city. Tough. Urban. Where Muddy plugged in and went electric. Home to The Blues Brothers, Ministry, Big Black, Steve Albini. This city doesn’t take the easy route or play it safe and Scientist fit right in, drawing on the citys tradition of experimental metal.

You’re not exactly eased into this. ‘The Singularity’ hits you hard, fast and often. It’s angular, it clatters and rampages in an almost mechanical style. You have mere seconds to acclimatise to a riff or time signature before another one catches you unawares. It’s a Frankenstein’s monster of riffs, stitched and bolted onto each other, although it still miraculously manages to cohere as a single entity.

And it’s a trick they pull off over and over again. ‘Siege/Capture/Control’, at 10 minutes, has a definite post/prog vibe. The riffs become increasingly brutal while one of the albums multiple guest vocalists (a move on from their previous album which was largely instrumental) roars, Jaz Coleman style, atop the fury.

And so the album continues to plough its own angry, unsettling and restless furrow. There is much Cookie Monster growling, riffs that hint at Korn, Meshuggah, Godflesh. There is Doom, Thrash, huge Math Zep creations. Riffs hit you from all angles.

There are also 2 brief instrumental interludes, atmospheric mood pieces…intermoods? Gilmouresque guitar washes over us but the storm clouds are always on the horizon. And before you know it, the feral riff animals are back. ‘Baptistina’ almost caves in on itself under the weight of its own riffs. Songs berate and bully you like surprisingly ripped, pissed off academics. It’s ferocious and compelling with more mood swings than a bipolar support group. And finally we fade out with the title track – 2 1/2 minutes of samples and electronic squelches and interference. Phew!

These songs (although maintaining a strange melodicism) don’t always feel like individual pieces, but rather pieces of a whole. The band describe their music as “architectural rock” and that just about hits the nail on the head. This album is a house of many rooms…and riffs. It’s a byzantine construction filled with labyrinthine corridors where lurk any number of furious horrors – kind of like the Overlook Hotel. But despite all this it’s still an enjoyable listen – there is melody and songcraft. The vocalists tie it together and humanise it. It’s far from an easy listen but it’s definitely worthwhile. 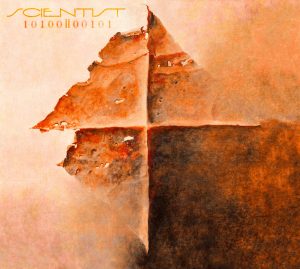