While never claiming to have much of a grasp of the Polish language, I’m fairly confident that Wara translates as War – the latest full length release from legendary blackened Polish pagan protagonists Sauron.

This trio have a legacy stretching back to the early 90s but are currently back in the spotlight, if that’s not over-egging the pagan pudding, with the re-release of two of their early albums– along with this one featuring five new tracks, plus one notable cover.

Sauron have always had a black metal soundtrack although one that has usually bled into their lyrics which have always leant more towards Paganism and Slavic Mythology than out and out satanic barbarism.

Wara opens with ‘Pergrubia 997 (chwała obrońcom prawiary)’ which is a bit of a mouthful in anyone’s book but don’t let that put you off what is a riveting opening blast – and at almost seven minutes is the longest piece here. If you thought pagan prose was all rivers, trees and mountains then think again. That’s certainly not the case with ‘Pergrubia 997 (chwała obrońcom prawiary)’ which marches resolutely from start to finish with a well accented riff that is nigh on irresistible. The vocals from PW are rugged and energetic and the overall soundscape easy to warm to.

Momentum is effortlessly maintained on the no less impressive ‘Czarcie Bagna’ which is another fevered fireball driven by a repetitive riff that is only ultimately extinguished by a frenzied guitar fight at the very end which is the least you can expect when the axe warrior is called Evil. 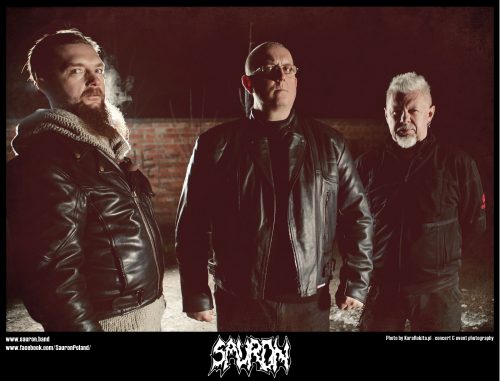 ‘Goreja Wici’ is another fast moving hellraiser but I guess another couple of new tracks would have finished things off nicely. All is not lost though as we do get a well executed cover of Bathory’s ‘Enter the Eternal Fire.’ It’s no surprise that they carry it off so well as EJ has always been an ardent Bathory fan. He carries the vocals well while the face-ripping riffage is clinical.

Although Sauron split for a few years at the turn of the millennium the good thing about the trio now is that they’ve all been associated with the band for 30+ years so you don’t get that slightly uneasy feeling of one original member soldiering on with a few rookies. The well deserved refocusing of interest on the Polish veterans has seen a number of former albums given the modern treatment recently. The likes of The Baltic Fog, originally released in 1995 will be worth a look, but Wara is strong enough to stand on its own two feet so you don’t have to put on your sepia specs to see how good these Polish diehards are. 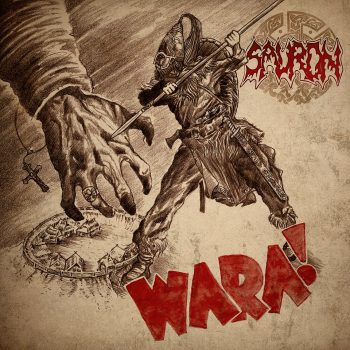