Sathamel are among a sweeping wave of UK Black Metal bands who are breathing new life into the underground genre with sweeping symphonies of Satanic-splattered sounds. The Yorkshire crucifix crushers first registered on the Black Metal Richter Scale a few years ago impressing with a series of commanding live performances supplemented by the release of a live album and EP.

Vocalist Kruk helped give Sathamel a sound and shape that seemed aurally advanced for an emerging band. Progress though stalled when the intervening period saw Sathamel go through a sequence of line-up changes which at times felt like one step forward, two more back. But by hook, or in this case more pertinently by Kruk, they’ve got there and their first studio album, Horror Vacui, is now upon us.

Anyone familiar with the likes of Hate or Belphegor will be familiar with Sathamel’s twisted template of blackened riffs, supported by new drummer Reykr’s percussive pounding while Kruk spews forth the kind of vocal bites that sound as though they’ve travelled through a tunnel of barbed wire.

From opening searing shot ‘Libera Me’ and the following album title track, Sathamel lay their cards on the table with admirable authority. While in their more destructive passages, such as the blazing ‘Raise Flame From Ash’, Sathamel unleash a hostile tornado of asphalt attacks that spin you round as though trapped inside a tumble drier fitted with a turbo kick.

Commendably the five-man crew do so while still applying measured moments of melody, albeit in the form of grooves that are slightly singed around the edges. Tracks like ‘A New Age of Lycanthropy’ throb with undisguised menace although the tempo is not full throttle allowing the atmospheric elements have time to cast their own dark shadow.

‘The Devil’s Hand’ explodes with an avalanche of blastbeats, the tempo then settling into a meaty chug while Kruk toys with clean singing only to be consumed as usual by his Luciferian larynx that ensures that Horror Vacui never strays too far from its true demonic path.

KVN and Cygnus sustain a never still collage of rhythmic cuts that help give every track a sense of direction, undercut by Nadir’s growling bass. When they merge effortlessly together, such as during the grander moments of ‘Świt’, they forge a barrier of aural autonomy that is hard to escape.

On the album’s longest track, ‘Of Spilled Wine and Broken Glass’, Sathamel have that extra freedom to express themselves, switching from the body-slamming opening attack which eventually dissolves into a more traditional Black Metal pattern, energetic and fearsome, with Kruk croaking and barking defiantly throughout before the whole twisted tapestry of sound is consumed by a mountain of spiralling guitars.

Sathamel are an equally imposing force on stage so catch them at the Chameleon Arts Cafe in Nottingham on Saturday, 29 June if you can. 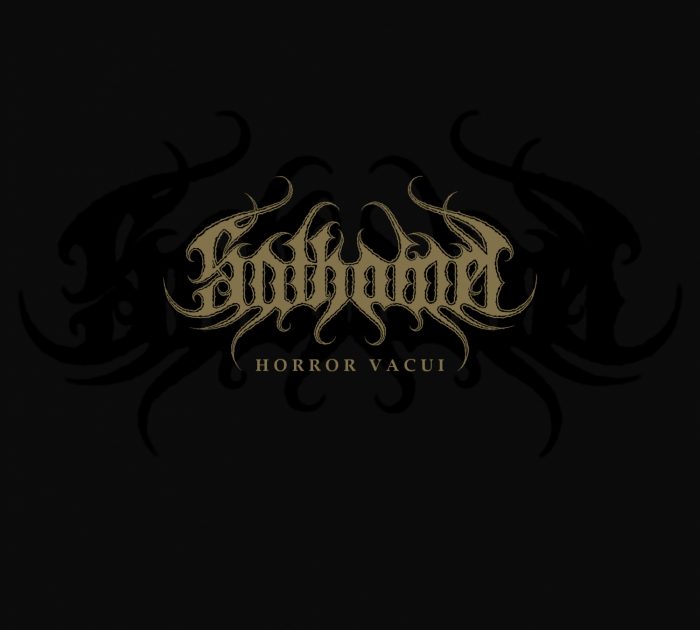