We’ve taken quite a shine to Samantha Fish here in the UK, either side of Covid, some fine songs committed to record, with a voice and wild fire guitar style that’s even better live. Jesse Dayton’s more of a mystery to these eyes and ears, but he’s even more records under his belt, mixing up blues, country and punk on them, alongside recording soundtracks for Rob Zombie.

The pair will have played two gigs together over in the USA by the time you read this. Earlier in the year they recorded an album of ten original numbers together that’s not going to see the light of day until next year, but been produced by no less than Jon Spencer, and as statement of intent is going to come out under the title Death Wish Blues. We have, however, been given an inkling of what to expect, in the form of this here three track long raw and bloodied live in-the studio EP, produced by one Rueben Williams, going under the unlikely moniker of The Stardust Sessions.

The title gives the impression we’ve been invited to some glitterball dance shindig where they’re playing The New York Dolls, Gun Club and The Cramps on constant rotation, so if you come here expecting the blues you can guarantee it’ll be as pure as the yellow-riddled snow that’s on its way.

First out the hatch is ‘Brand New Cadillac’. Initially recorded by ill-fated early Brit rocker Vince Taylor and his Playboys back in ’59, among many previous covers was a rather safe rockabilly schtick by The Clash but let’s face it; Taylor’s featured Joe Moretti on guitar, and as original axeman with Johnny Kidd & The Pirates, and recording ‘In The Hall Of Mountain King’ way before Blackmore got his neo-classical rock chops on it, we all should bow before Mr M. Meaning, there are some pretty tall boots to fill for a couple of yanks.

We start with a car-revving (an overdub, so pedantically I’ll note this is not completely live) then the pair peel off a gruff-tuff downwards low E string run before hitting the main riff (you know, the one that pretty much got half-inched for the old Adam West Batman TV show), but what grabs the listeners’ attention is the vocals – Fish is singing at her upper register, Dayton doing a kind of Elvis’ it makes the hairs on the back of my balding neck stand up, but in a kookie good way with your mindset being instantly transplanted to an alternative Stateside back-in-time where Rebel Without A Cause is being turned into a B-side horror flick, only for it to come across like a Truman Capote kitchen sink drama when Fish sings “Balls to you, big daddy!” and Dayton issues a “Jesus Christ”. There’s some solid engine room action from bass player Austin Clements and drummer Mike Dillon across the length of the song that allows for more atmospheric raw guitar interplay near the end. It’s no Rolls Royce but it’s souped-up enough to get us where we need.

Magic Sam’s ‘Feelin’ Good’ is next, and they’ve amped this up into a zoot suited jump jive boogie wherein Dayton acts as chief narrator, coming on like some Chandleresque private dick, Fish playing the independent moll chipping in with the high notes again, and guitars interjecting throughout with sharp concise phrases whenever they damn well please.

Picking another number by a troubled singer/songwriter, they choose Townes Van Zandt’s ‘I’ll Be Here In The Morning’. By contrast, this one’s quite faithful, albeit with more gifted-acoustic guitar playing, Fish singing beautifully in a country manner, Dayton joining later with a fulsome deep baritone.

That the three tracks on this EP take up less then ten minutes of your life and go through some pretty dynamic changes is impressive enough – The Stardust Sessions hasn’t a chance in hell of changing your life but it sure takes you on fun drive round the block. 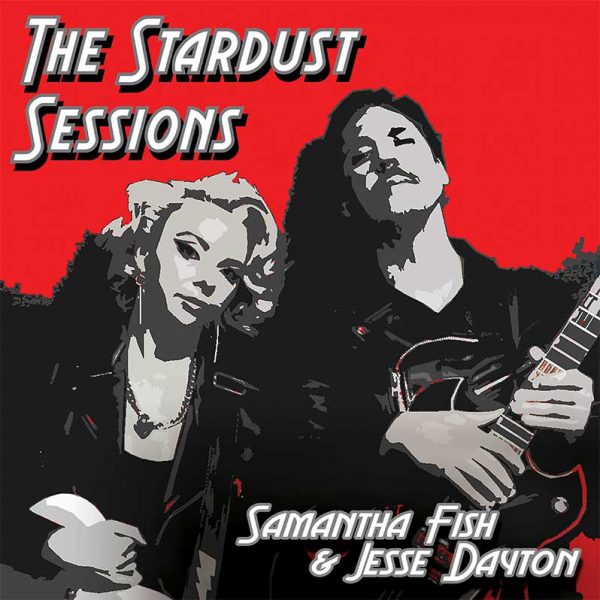