No one can accuse blues singer-songwriter Samantha Fish of resting on her laurels. ‘Belle Of The West’ is her sixth album since her 2011 debut and her second this year! It follows hot on the heels of ‘Chills & Fever’, released in May, a brilliant jazz-infused album of vintage R&B, performed by a band including several core members of garage soul outfit, The Detroit Cobras.

Indicative of Fish’s restless creative spirit, ‘Belle..’ is a different proposition entirely. Holing up in the Mississippi studio of Luther Dickinson (North Mississippi Allstars) and surrounded by a studio team of enviable collective talent, she has crafted a laid back, sumptuous album that sits sonically somewhere between Mississippi and Nashville….Birmingham. Ironically. *

There’s no dang R&B here though, boy. The flute and fiddle of opening track, ‘American Dream’, plant you firmly in the rootsy soil of Americana. Low key and beautifully arranged, there’s a twang of early Sheryl Crow to Fish’s understated vocals.

And it continues to wind it’s way, as long, languid and flowing as the Mississippi river itself. ‘Blood In The Water’ is a mellow, swampy shuffle with delicate, atmospheric instrumentation. Elsewhere guitars are set to twang, the tempo’s are silky and sensual. The reverb drenched Louisiana geetar of ‘Don’t Say You Love Me’ drifts off into a Creedence style solo, the harmony vocals are wrapped in velvet.

Individual band members are allowed to shine. The title track (written by juke jointer Jimbo Mathus) is a wistful country blues, retro and old-timey, Mathus adding touches of flamenco guitar to the dust bowl swing. Rising Jack White endorsed country star Lillie Mae Rische shines throughout, her violin adding colour and texture to these songs, her ‘Nearing Home’ is gentle and lush, a candles and wine balm to the pressures of everyday life. “Amen” chimes someone at the end of the take. Exactly that.

And fear not, the blues isn’t totally absent. Lightnin’ Malcolm (really, is there a more bluesy name than that?) adds his characteristic gutbucket slide guitar and vocals to RL Burnside’s ‘Poor Black Mattie’. Indeed, the latter half of the album is weighted heavily towards the blues side of things – chock full of acoustic-electric Delta crawls, acoustic field stomps and faultless John Lee Hooker choogles.

This is a subtle, elegant gem. A gorgeous slice of Americana written and performed by an uber talented collective who really know what they’re doing, led by a vibrant, questing artist seemingly at a peak of her considerable talents. The whole thing is soaked in a lovely, warm live vibe and whetever happens to be being played, it’s done so in the bluesy spirit of authenticity. Not to be missed. 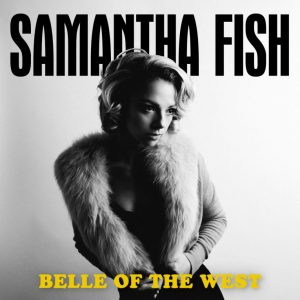