Sahg’s new album Memento Mori, released via Indie Recordings on 23 September 2016 is put under the microscope by Paul Castles

Sahg were saddled with the slightly undignified label of ‘supergroup’ when first emerging from the Norwegian underground scene in 2004.  While that tag may rest easy on the shoulders of more mainstream musical collaborations when set alongside an outfit recognised for their prog infused doom then anything with the word ‘super’ in it is probably unwelcome. With pretty much an entire new line-up now in place talk of supergroups can be consigned to the bin – which is in no way meant to take anything away from Memento Mori.

This is their fifth album and features almost an entire new line-up following last year’s departure of drummer Thomas Lønnheim and founding member Thomas Tofthagen. Main vocal duties now rest with Olav Iversen although bassist Tony Vetaas – and lead guitarist Ole Walaunet also contribute. The quartet is completed by new drummer Mads Lilletvedt. The last two mentioned, have their roots wrapped around a more extreme brand of metal within the Bergen underground network and their arrival has possibly triggered a few heavier moments on this release when set alongside its 2013 predecessor Delusions Of Grandeur.

Memento Mori is not though overly sombre, anything but. In fact the majority of these eight tracks bag more flavour than a packet of Haribos, beginning with the superbly crafted opener ‘Black Unicorn’ which is full of vitality and imagination and stretches out to all corners of your musical mind.

The Latin album title broadly relates to the inevitably of death and some of the songs contained within were inspired by recent fallen musical giants such as Lemmy, Bowie and Prince. ‘Take It To The Grave’ is clearly one of the numbers honouring those who no longer walk this mortal coil but while sorrowful and respectful it’s also dynamic with a warm chorus, cleanly sung as always by Iversen. 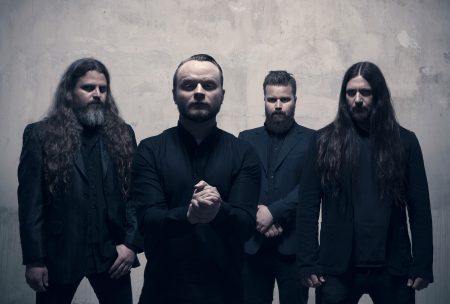 There are some wonderful kaleidoscopic passages such as on ‘Silence the Machines’  just waiting to be explored and the languid feel of the album makes Sahg’s latest release a comfortable and yet intelligent listen. The polished prog passages work well as you would expect from a collective of such talented musicians and while the mournful moments such as on the steady slowburner ‘Sanctimony’ are at times poignant they are never oppressive.

In trying to find a few musical reference points, later Opeth is one such obvious suggestion, although the band who really kept coming back to me when listening to Memento Mori was Alice in Chains.

The haunting ballad ‘(Praise The) Electric Sun’ is a diverse track that stands on its own with the gentle rhythm ushered along by some cleanly picked guitar while Iversen’s pipes burn brighter than Sherlock Holmes’. ‘Travellers of Space and Light’ has that easy 70s Sabbath feel, heavy but full of melody.

The more potent closer ‘Blood Of Oceans’ is also noteworthy as it is the first Sahg song ever to feature Norwegian lyrics. The song was co-written by Wardruna frontman Einar Selvik  who was also the original Sahg drummer. Sahg allowed Selvik to sing on his own song and certainly his brusque and fiery delivery works well with this beefed up number.

Sahg, no longer a supergroup but a super group. 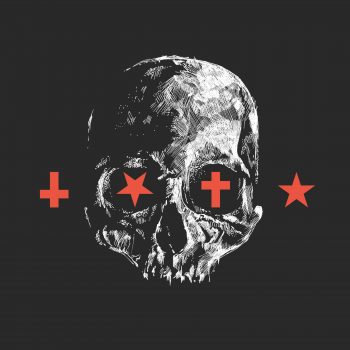