Delivered to Brian McGowan by “Ello ello, wot’s this earMUSIC“, ready for release on 2 September 2016

Indestructible Progrock band demonstrate the durability of their music on stage, with a setlist that other genre bands can only dream about. That’s rather long for a headline, but it hits the nail on the head.

Michael Sadler’s spin around the revolving door – the one that seems popular with rock band vocalists – all but obscured the fact that the band have been quietly compiling a hefty volume of material since the debut in 1978. It also distracted us from the reality that since his return 5 years ago, the band has been back making great music, including 2 albums, 20/20 and Sagacity. Progrock for AOR lovers. For all the concepts and “the chapters”, it is the living proof that Progressive Rock ceased to be progressive from the moment the first note was committed to tape. For the uninitiated, the chronological dating of Saga albums is all but impossible.

The music’s style and substance may not have changed markedly, but writing and performance have grown into what we hear now. The songs are better structured and a skillful handling of dynamics makes for magnetic live performance. To the extent that striking new songs from the most recent albums – ‘I’ll Be’ and ‘On My Way’ are featured here – can sound like some forgotten gems beamed down from breakthrough eighties albums, like Worlds Apart and Behaviour.

And it all sounds cleanly miked up, expensively recorded, and skilfully mixed. Satisfyingly elongated versions of ‘Scratching The Surface’ and ‘You’re Not Alone’ are cleverly orchestrated and elegantly contoured, chiming nicely with the punchy rhythmic pulse of ‘Time To Go’ and ‘Don’t Be Late’, while ‘Wildest Dreams’ and ‘Humble Stance’ confirm, if confirmation was needed, that Ian Crichton’s fluid guitar playing is the silky smooth glue that holds it all together.

Audience interjections are clearly heard, as are Sadler’s reserved responses. Germany is where many of the band’s hardcore fans reside, and they are out in numbers at this Hamburg gig. They’re not particularly noisy, bordering on the reverential, but the occasional, playful banter back and forth adds rather than subtracts from the whole experience.

2 CDs, 16 tracks, 100 minutes of great music played live. Even if you own every Saga album, you’ll find this recording rather special. 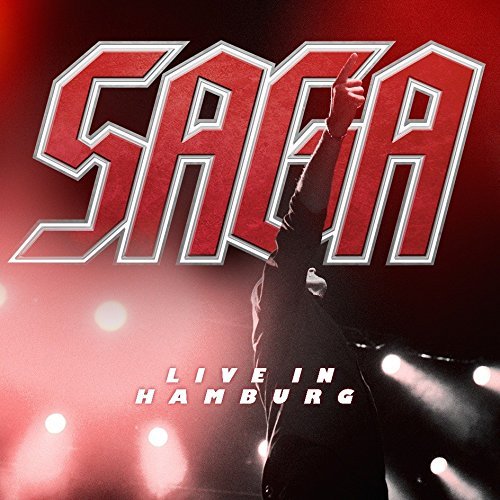