Poland is currently a hotbed of metal with an amazing array of bands encompassing the whole spectrum of heaviness. The latest band to appear on my radar are Warsaw’s Sacrimonia, a symphonic black metal band who produce a terrifyingly atmospheric sound. Formed in 2015, the band have undergone several line-up changes (whilst retaining their core personnel) before arriving at this fully formed debut album, Anthems Of Eclipse, and it is a record that’s sure to place them on the world stage.

A beautiful, ethereal introduction to take us away to another dimension, ‘Distorted Simulacrum’ is an instrumental that captures that magical moment between wake and sleep, it’ss the thin veil which separates our world from the spirit, and it lulls the listener into a dreamlike state, and it’s one that’s soon shattered by the arrival of ‘Mirror For The Faceless’. It’s an opener which presents themes and motifs that will repeat and echo throughout the album and, a song of Wagnerian proportions, it explodes with an insane blastbeat that unleashes thunderous drums and buzzsaw guitars. Full of Gothic overtones, ‘Mirror For The Faceless’ is very cinematic, and should conjure strong images in your mind’s eye, evoking films such as Rebecca and The Cremator.

Lots of favourable comparisons have been made between Sacrimonia and Arch Enemy, but I’d argue that this Polish crew are far greater in scope, and that’s largely due to Kamila “Lasaira” Grabowska-Derlatta’s vocals. With an impressive range that incorporates everything from banshee squeals to devilish growls, Kamila’s vocals are another instrument which add extra textures to an already multi-layered sound. While much black metal can sound thin and brittle, Sacrimonia’s symphonic version is warm and lustrous, and this gives their songs added weight. It’s a symphony pouring from your speakers, there’s so much going on here, yet it doesn’t sound cluttered or fussy, and the production, wide and expansive, employs the full dynamic range for optimum listening enjoyment.

What I like most about Sacrimonia is that they’re not all out sonic attack; there’s plenty of time changes and quieter passages to provide light and shade. It makes for a three-dimensional listen, which means that when ‘For The Universe To Shatter’ explodes, it sends glistening shards in every direction, as guitars fracture like light shining through stained glass, and drums fall like a meteor shower. While Anthems Of Eclipse isn’t a concept album per se, its songs are linked thematically, and while it is perfectly feasible to dip in and out, it is best enjoyed like an old school album, from start to finish. Final track ‘Eclipse’ is an epic cut which weaves all the album’s threads into a cohesive whole, and the seeds which were planted earlier come to fruition, and it makes for a grandiose conclusion.

Following their 2016 EP (New World Ascension) by six years, Anthems Of Eclipse is a long overdue album from this Polish quintet. However, it certianly proves that the old maxim is correct; good things do indeed come to those who wait, and it should push Sacrimonia further towards global domination. 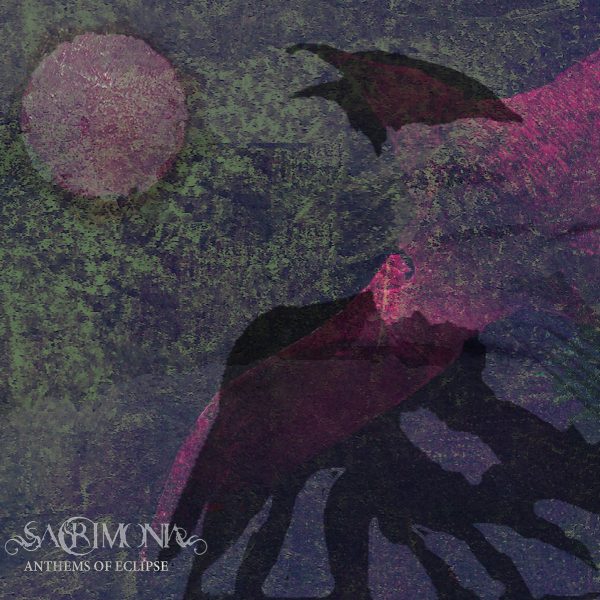