Released in May 2018 by Weizenbaum and reviewed by Gary Cordwell

Run Logan Run are a duo who create a huge sound. Dan Johnson on drums and Andrew Neil Hayes on saxophone. That’s it. Oh no, I hear you cry tremulously – we’re in for an ‘Interstellar Space’-style free-form honk-fest. This sax, however, is fed through a bank of FX pedals which, in turn, are run through both guitar and bass amps which, along with lots of heavy delay and pitch shifting, allows for a vast sonic palette – sounds both electronic and organic blend to create a full, warm, encompassing sound.

The Bristolians commence proceedings calmly with an extended intro. Muted sax drifts in melodically above electro ambient FX, a plaintiff and haunting balm. The pace picks up ever so slightly with the ominous sounding ‘Death Is Elsewhere’ – just as it finds its groove it drops into a soothing drone. A bass thrum heralds the return of the saxophone, and what a return – Hayes playing is wondrous – gentle yet searching, he howls in the background.

The title track ups the tension. It broods gently. The busy, clattering, increasingly manic drums lending it an edge of unease and paranoia. The sax becomes more atonal, heading into free jazz for a brief moment. But the drone anchors us, an oasis of calm to hold onto, the chaos ebbs away and the chill returns. ‘Post Human’ however ups that ante again. The drums pummel in – it’s tribal. Euphoric. Distortion appears at the edges as it lumbers forwards, getting slower and heavier…yes, leather-clad dudes, jazz can be heavy!

This album is very deliberately paced and sequenced, a thing that jazz dudes still do. It takes the listener on a journey (or should that be trip, man), the songs becoming longer, more complex and intense, demanding more of the listener. Melody and rhythm are all in ‘ELIZA’. Again, drones are key to the sound and story, creating a sense of bliss, of grace. There are repeated motifs and licks, placed to reassure…until it builds into a huge chaotic finish where the riff – and only the riff – is king.

And finally, in ‘Cleansing’, that delicate balance definitely tips into terror. Its pin-drop intro rapidly begins to take on a sinister air, building to an overwhelming horror movie electronic crescendo – you’re looking over your shoulder for a sudden glimpse of Gigers alien. There are slight Middle Eastern hints as the sax arrives to calm your nerves but the vibes are now decidedly bad. Even the sax is now rougher around the edges than it has been. It finally breaks down as the song begins to drone out darkly, calm warily returning as we drift into the ether.

A wonderful album, chock full of plot, nuance, feel and superb musicianship. If you’re not a jazz head, open your ears and mind and give it a go, it’s great chill out music with an edge and you might be pleasantly surprised. If you are a jazz fan, this one’s simply a no-brainer. 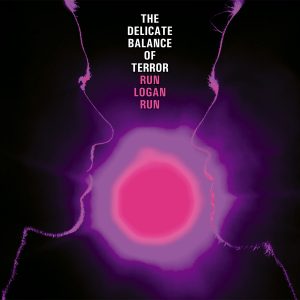