If Tom Scholz and Boston had never existed, then this album would have been a runaway success. It was recorded by the late Brad Delp, ex Boston vocalist, with erstwhile Boston bandmate and guitarist, Barry Goudreau. It was first released in 1991. It is a fascinating album, awesome in places, irritatingly dated in others. It arrived, of course at a bad, bad time for Melodic Rock and all its variants, as has been endlessly documented.

The unfortunate truth is that Boston cast a long shadow, and Goudreau and Delp just couldn’t escape from their past. There’s an ambivalency to the music that makes you wonder if they really wanted to. There are some fine songs here – ‘Face The Music’ and ‘Rain Down On Me’ suggest that eighties’ AOR just doesn’t have a sell-by date; ‘All You’ve Got’ and ‘This Is My Life’ hint at the pain and mistrust that had developed between Delp and Scholz – and all are immaculately produced by Chris Lord-Alge. And that’s part of the problem here, any and all rough edges are sanded down to the smoothest of finishes, an attribute unavoidably reinforced by the remastering process. Consequently, the confrontational – and very welcome – intensity of some of the lyrics is undermined by a friction free production.

Closers, ‘Hard Time In The Big House’ and ‘Return To Zero’ are showcases in musicianship – RTZ’s rhythm section later went on to form the backbone of Peter Wolf’s band – but that’s just not enough to rescue an album rooted in a past that could never be regained. And while ‘Until Your Love Comes Around’ made a modest dent in the billboard charts, thanks to Delp’s soulful, heartfelt vocal, it failed to gain the band a foothold and the album moped off into the world’s bargain bins. 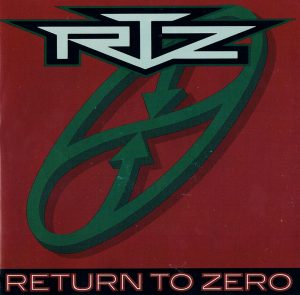