Influencing such luminaries as Jimmy Page, Robert Plant, Pete Townshend, Kate Bush, Pink Floyd and Ian Anderson of Jethro Tull – the 2 bands with whom he shared the stage at the first free concert held at Hyde Park in 1968 – Harper’s guitar-work and profound lyrics have made a distinct mark on the face of music. Celebrating 50 years of monumental classics including the epic ‘McGoohan’s Blues’, Roy Harper opens what is to be his final tour in Birmingham’s Symphony Hall. The knowledge that this may be the last we see him on stage fuels the applause and cheers that welcomes the white haired and pointy goatee’d Harper to the stage.

The Symphony Hall itself is vast, even the slightest glimpse to the lights hanging high above the stage is enough to give you a nosebleed, but Harper fills the room with his presence, his musings on a world that is at once alienating and embracing reaching every corner. 77 years old, a wealth of experience and wisdom channelled into every song he ever wrote, this performance, like every other, is sincere, emotional and beautifully moving. With a pianist/violinist, cellist, trumpeter, bassist – upright and electric, drummer and guitarist surrounding him, Harper is centre stage, the musicians accompanying him add shade and texture to what are already powerful songs.

There’s a warmth in the air as the crowd politely take what opportunities they can to joke, to heckle, or to convey their love for him. Harper himself has a few “senior moments”, almost forgetting lyrics and wondering if he has the right guitar – “the brown one”, says someone in the crowd; “they’re all brown!”, replies Harper, to much merriment. It’s like being with a friend. And it’s apparent that Harper feels this. A well-chosen set with three new songs (they must be because those that frequent set-list.fm don’t recognise them either), Harper receives applause humbly, gratefully. Telling us how he has had a good life, he closes the set with a new song that, as he claims, will soon become our favourite and leaves to a much-deserved and emotional standing ovation. Hats off to Harper. 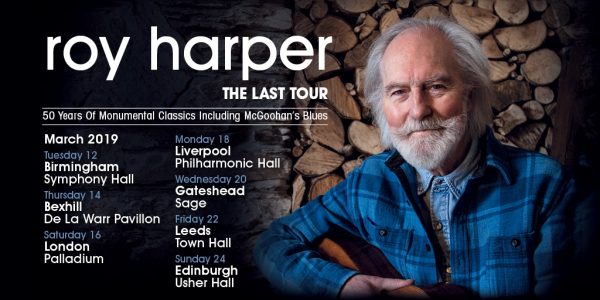