Earlier this year, four albums flew in while our radar was down for annual maintenance. Like a true professional, MR’s Brian McGowan caught up with them because, caring gent that he is, he didn’t want you to miss out. Take it away, Mr McG…

Kiama is an absolutely shit hot UK band whose recruitment of members from Frost, IQ, Tangent, Magenta (to name but four) entitles them to be called a supergroup. If only all supergroups made albums this good.

The unfortunately named Bullseye was formed in the USA way before Jim Bowen became the UK’s favourite quiz show host. In 1979 New York, as all the elements that made AOR and Melodic Rock perfect for FM Radio and MTV coalesced, Bullseye (and Columbia) seized their moment.

Phil Vincent is a true Olympian when it comes to releasing albums. He doesn’t always strike gold (sorry), but he lives and learns and has released some pretty fine material recently. His Tragik album earlier this year stepped up, and now this Cranston album, a collaboration with Paul Sabu, follows through.

In New York again for alt.rock (for want of a better description) duo, Of Clocks And Clouds (not to be confused with trio, Clocks And Clouds, although they sound pretty interesting too). Probably the real attraction of OC&C’s music is the way in which real life, heartache and pain and all, informs their song-writing. It’s alternately intimate and epic, desolate yet redemptive.

In the sheltered world of Progressive Rock, Kiama are a bona fide supergroup. It seems revealing that each of the four members (Rob Reed, Andy Edwards, Luke Maschin, Dylan Thompson) list two current, active bands on their CV. Maybe there just aren’t enough musicians to go round.

For anyone who likes their Progrock rebooted by seventies’ purists, this is the one. Every song is rooted in the classic rock soil of that decade, a time of social disorder and industrial strife, where durable, visceral – and often thoughtful – rock music bloomed. Comparisons are unavoidable… even if the PR people had not already dropped Led Zeppelin, Uriah Heep, Deep Purple and others giants of the genre into our field of vision, we would still have been finding bustles in our hedgerows and smoke on our water. ‘Cold Black Heart’, the album’s opening track, is the most obvious, powerful allusion to those bands, to that time. The real surprise is that it stands up on its own. Yes, it’s plugged into the past, sucking power up by the boatload, but it’s no pastiche, it’s a taut, high pressure rock song, electric, dramatic and drop dead gorgeous.

It’s a jump from that track’s orthodoxy to ‘Slime’s collision of Traffic’s creative acid rock and King Crimson’s fantasy and escapism. The resulting explosion of exotic colouring and transformative time changes suggests all previous rock music had been in plodding back and white. It’s Prog pointing a finger at its classic rock heritage.

The album’s third truly outstanding track, ‘I Will Make It Up To You’, is an unhurried, richly melodic – and rewarding – rummage through the past, tuned into old, valve driven blues recordings that quickly find a nicely worn groove and never lose it.

There’s plenty more in this supremely self confident debut album, one that unarguably deserves to be near the top of the year’s Top Tens come December. Highly Recommended.

Released 1979, so we’re really catching up on this one. Just kidding. Remaster released last month by Rock Candy Records

Super smashing US band, Bullseye recorded one album for major label, Columbia in 1979. It has been restored and remastered by Rock Candy’s top team, with 3 bonus tracks added. Yes, only one album…the usual, stop-me-if-you’ve-heard-this-one story…label politics, hard nosed business men versus music artists. Only one winner there. The liner notes will explain all.

Theirs is something of a six degrees of separation career, rubbing up against Elvis Costello, Boston, Bon Jovi, Richard Burton and other cultural icons, usually once removed, along the way. The liner notes will explain all, again (written, incidentally, by the legendary Dave Reynolds).

The album itself is something of a journey of discovery, as the band meander through sub-genres in a pleasing but apparently directionless manner. They take Foreigner’s legal team to the edge with opening track, ‘Treat Me Right’. It’s as close to ‘Cold As Ice’ as any claim of plagiarism will take you. It was later a Billboard Top Twenty hit for Pat Benatar.

Elsewhere, it’s impossible to avoid the band’s influences, with Toto (Heat Of The Summer), Mr Big (Moonwalk) and Steely Dan (Don’t Let Him Know) being easy (lazy) namechecks. ‘I’ve Changed, Never Want To See You Again’ is perhaps the album’s standout track. It sees the band wrapping ELO, and Britband, Charlie together on a cracking, upbeat powerpop middle eight that begins to show signs of a unique identity emerging. They were never to get the opportunity to follow through.

Shortly before release date – back in 1979 – the label removed the album’s first 3 tracks and made the band record 3 new songs, from outside writers. Those original 3 tracks are this remaster’s bonus. How’s that for turning full circle.

You could easily dismiss this as generic melodic rock. AOR that tries hard but ultimately fails the most obvious test, the one marked “originality”. But that would be to miss the point. The conjuring trick employed by the real melodic rock craftsmen is to make us forget their music is a generation out of date.

Cranston, the band, is a combination of Phil (Legion/Tragik) Vincent and Paul (say no more) Sabu. Between them they have released more albums than any other two rock artists in the western world, and maybe the eastern world too. What they’ve done here, for the most part at least, is create an AOR album in a manner that will resound with genre aficionados.

Producer, Sabu adorns most tracks – most notably, ‘See You On The Other Side’ and ‘Queen Of Pain’ with a cavalcade of punchy, dramatic keyboards and high-octane riffs, gilded by Paul Sabu’s fittingly jagged edged axe solos. The classy ‘Double Trouble’ (which rises to a vertiginous chorus) and ‘You Oughta Know’, a major-key stomp, stand out due to their clever use of call&response, using the backing vocal as lead, an old Mutt Lange trick.

It all might be rooted in nostalgia, an homage to a time when the world’s charts and radios were dominated by bands such as Journey, Foreigner, REO Speedwagon and so forth, but most of the time anyway, it works.

Independently Released a month or two ago

Two years after the debut, You, Brooklyn duo Of Clocks And Clouds release Better Off. As in “I’m better off without you”, one of those weak, miserable ripostes you offer up as the love of your life gives you the finger and walks away.

Nothing miserable about Better Off, the album though. It’s the sound of the street whipped up into a bunch of street smart sounds, a little bit Radiohead, a little bit Queens Of The Stone Age, a stitched together darkness of electronica, rock, ambient and elegant percussive thumps.

A pervasive sense of romantic upheaval circles songs like ‘She Had To Go’ (which kinda speaks for itself), ‘Open Heart Failure’ and ‘Another Life’, but the duo eschew self pity, regretting nothing, considering death only as an opportunity “to meet again in another life”. It’s an uplifting album despite the frequently downbeat mood and subject matter, and it’s still rock’n’roll, it’s just been stretched and distorted to create a bolder, stronger sense of drama.

28 minutes running time might seem a bit short weight, but most good albums say what they’ve got to say and get out quick. 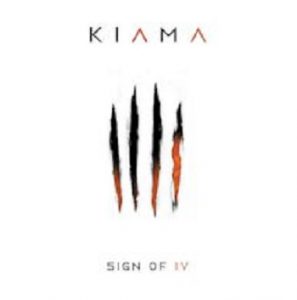 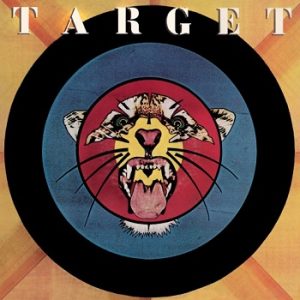 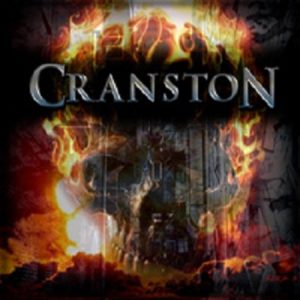 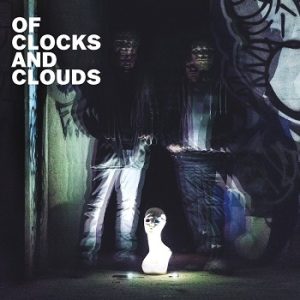