Since going solo in 2017 it’s been a busy time for former Purson vocalist Rosalie Cunningham, a time which has culminated in her critically acclaimed sophomore album Two Piece Puzzle (reviewed here). With an impending tour (featuring dates at Northampton’s Black Prince and Wolverhampton’s Giffard Arms) the future looks equally hectic and if you’ve yet to make Rosalie’s acquaintance now is the perfect time…

Can you tell me about your musical lineage; what first sparked your interest in music and what albums/bands have been important/influential at pivotal moments of your life?

An obsession with Beatles from a tender age was the catalyst for it all. My dad was a musician and so there were instruments and music playing in the house a lot growing up. From the gateway drug of the Beatles psychedelic period I sought out more in the same vein in my early teens, the usual fare: Pink Floyd, The Doors etc. and then I discovered more obscure stuff through psych compilations I’d waited hours to download off limewire or got off the front of a magazine like the Psych Out one Mojo did. A bit later on came the interest in heavier 70’s rock like Sabbath and Purple and of course the twiddly proggy stuff. Oh, and Bowie was there throughout!

How do these influences play into your current sound?

They are all still there! It feels like a deep enough well to keep drawing from and never feel repetitive or restrained. Perhaps that’s because I never come from a place of trying to recreate a song or sound. The music just arrives without agenda most of the time and I let it present it’s own vision.

After the dissolution of Purson you’ve been solo for 5 years now. How has it been?

It’s been a turbulent and rather stop-start time globally, for many reasons, so that has been a factor. I would have liked things to have gone a little faster but I’m in a good place now. I have very fond memories of my Purson days but we were young and naïve and didn’t make a penny, it wasn’t sustainable. My partner Rosco and I keep everything as ‘in house’ as possible these days and I feel far more secure. I’m delighted with how the first album and now the second have been received and have built a solid platform for what I hope will be a long and fulfilling career. I am very, very excited about the next album!

How did you survive during lockdown?

Well, I spent an awful lot of it making an album. In an ordinary world, I’d have a deadline imposed but in the groundhog days of lockdown there was no good reason to stop tinkering. I don’t know if that was a good thing or a bad thing! Rosco and I live in our studio so making music was always an option to keep us distracted. That’s not to say it wasn’t a total drag most of the time!

As an artist it must have been difficult not being able to perform live. Were you worried you might lose the “knack” of playing live?

I think I was so eager to get back to playing live that I wouldn’t allow such trivialities to permeate my waking thoughts! Subconsciously there was obviously something going on though as I kept having recurring dreams about being on stage at massive festivals and not knowing how any of the songs went or like realising I was wearing my pyjamas or something.

Your latest album Two Piece Puzzle has just been released via Cherry Red. How do you feel about it now it’s out in the world?

Relief! That baby was well over-due. I’m still a bit too close to it to have anything close to an objective view. That usually comes after a year or so. I am enjoying playing the songs in rehearsals though!

Anything you’d go back and change? It must be tempting to keep tinkering with a record. How do you know when a song/album is finished?

Ha! Almost everything if you give me half the chance. How do I know? When I’ve driven Rosco to the brink of insanity and he physically has to make me stop.

What lyrical themes did you draw upon for the album?

Lockdown definitely inspired some of the themes; insular relationships, escapism, repetitive behaviours, duality and facing your shadow side.

You have a run of dates coming up. How does it feel to be back out on the road and playing gigs again? What are your feelings about playing Northampton on 29th March?

So excited! We went into a motorway service station the other day and I actually got butterflies thinking about shuffling out of the van into an identical one somewhere in the UK in a couple of weeks with a dishevelled bunch of mates! It’s the little things… of course playing to people is the hit we’ve been missing. We’ve not done Northampton before so I don’t know what to expect but I’ve heard great things about the Black Prince.

And Wolverhampton on 26th March?

The last time we played the Giffard Arms it was absolutely rammed with lots of people having to be turned away. It was a storming gig! Hoping for a repeat of that please!

Aside for gigging what are your future plans?

Recording the next album! Hopefully towards the end of this year for a release next Spring. 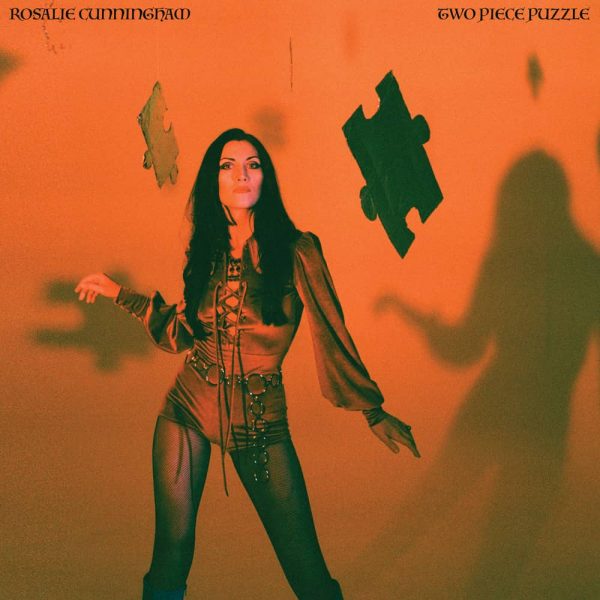