Featuring songs from Waters’ most recent – and best – solo album, Is This The Life We Really Want?, and from Pink Floyd’s 70’s albums, filmed on Waters’ 2017-18 European tour, Us + Them is, as you’d expect, musically and visually stunning. The result is an urgent message of human rights, liberty and love that even the hardest of hearts would find it impossible to respond to, positively or otherwise. Of course, there are those that oppose to Waters – and any other musician for that matter – voicing his political position through his music and live on stage. But for those that have been paying attention, the political message presented in this set have endured throughout Waters’ career. The theme of war made its first appearance in 1968 in the song ‘Corporal Clegg’ on the band’s first post-Syd album, A Saucerful of Secrets, and would appear again in 1972 in ‘Free Four’ on the soundtrack album, Obscured by Clouds. And if that isn’t obvious enough, then 1983’s The Final Cut is about as blatant as it can get.

Presenting the story of a Middle Eastern woman who fled the tyranny of her homeland, abandoning her past and her family, with hopes of a better existence, Waters has bookended the set list with The Dark Side of the Moon – with ‘One of These Days’ replacing ‘On The Run’ – and spliced in the other material to expand the album’s concept with the themes of the other albums. 1979’s The Wall explored alienation. 1977’s Animals depicted an Orwellian vision of capitalism. 1975’s Wish You Were Here touched again on isolation and insanity. The Dark Side of the Moon tied together themes of conflict, greed, the passage of time, death, and insanity. And that unending quest for happiness amid such sadness continues with his most recent album. In much the same way that Waters’ 1990 performance of The Wall in Berlin added another dimension to that already epic piece, arranging these songs this way gives each song new meaning, new purpose, and the whole set a new dimension.

The band that Waters has assembled is outstanding and their near-faithful renditions of the recorded versions of the material is executed with a precision that is as sharp and striking as the performance is moving. Of particular note is ‘The Great Gig In The Sky’, vocalists Jess Wolfe and Holly Laessig’s performance is breath-taking. As with Waters’ production of The Wall a few years back, he has again embraced that latest technology to deliver a spectacle like no other. His shows have always been impressive, but Battersea Power Station appearing atop the crowd for ‘Dogs’ and ‘Sheep’ tops the lot. I could easily – and quite happily – describe every moment of this incredible show, but it would be but a mere shadow of what it is to see and hear it. This is a performance to experience in full. I’d recommend purchasing not just the DVD or the Blu-Ray, but also a TV as big as you can squeeze into your house and a sound system as clear and as loud as your ears can tolerate. Your neighbours don’t know it but they need to hear this, if not the message then definitely the music. I’d recommend doing it now because Waters is on a mission and he plans to return with his This Is Not A Drill tour as soon as we can figure out a way past this pandemic. 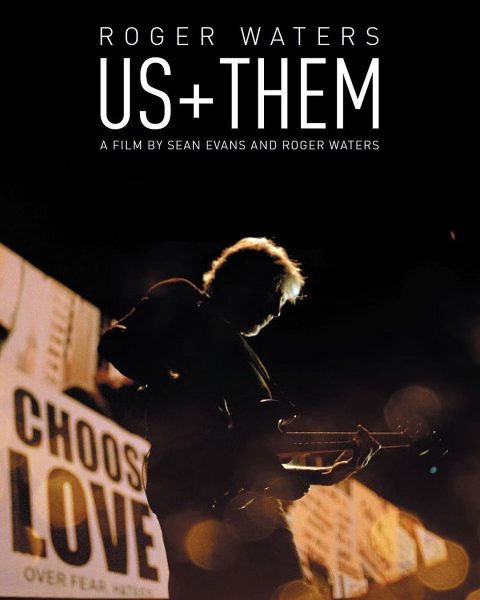