And Then There Were Three…

As well as the LCD AOR of Bad English (reviewed here) and the quintessential melodic hard rock of Stone Fury (reviewed here), Brit Reissue label, Rock Candy Records reissued three other remastered titles in August. We’re catching up on them now, over next 3 days. First . . .

Forever handicapped by the ‘one hit wonder’ tag (Black Velvet), Alannah Myles has since gone on to record some truly classy albums, most of which have flown serenely under the recognised rock radar.

This debut (1989) was written (in the main) and produced by talented fellow Canadian, David Tyson. (Tangentially, and on a purely subjective level, Tyson’s song ‘Don’t Hold Back Your Love’, written with Richard [Mr Mister] Page for Hall &Oates in 1991, is considered in this part of the world as one of the finer “Adult Rock” songs of the twentieth century).

Myles’ elegant rock chick persona and her sensual vocal kick, along with some existential poprock material from Tyson helped the album sell over 6 million copies. You can see and hear their musical marriage echoed in Shania Twain’s recent rise to fame, best heard on gritty opener, ‘Still Got This Thing’, and the cute’n’catchy ‘If You Want To’.

Much of the rest sounds a little dated now. That said, ‘Lover Of Mine’, readily interchangeable with any of the monster ballads in the charts of the time, ‘Love Is’, a tasty slice of white girl funk, and the shimmering, smoky acoustic rock of ‘Hurry Make Love To Me’ are all a cut above the rest.

The remastering is a double edged sword… it emphasises the artificiality of eighties’ production techniques and at the same time serves to underline the vocal maturity of Myles’ “velvet mezzo soprano” crunch. 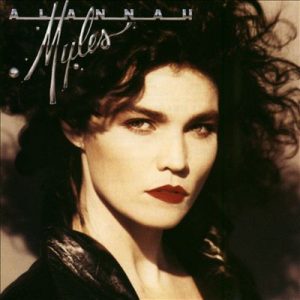