Sky Arts could maybe get Derek Oliver to front a series telling the stories of AOR “nearly-men” bands. It would be fascinating – if admittedly downbeat. The history of so many of Rock Candy’s reissues is littered with tales of wrong place, wrong time, talented but unlucky musicians who could’ve been contenders, but for label apathy, bad management etc etc . . .

You could place your tongue firmly in your cheek and call it “Front Mudguard Stories” (apologies to Jasper Carrott).

These 3 bands all fall into one of the above categories. RC’s usual expert and indeed sympathetic remastering shows all 3 at their absolute best.

US band, Axis were a one hit wonder who clearly had enormous potential, but disappeared under a cloud of major label lethargy and management negligence. Shame, their 1978 one off album had so much going for it.

Produced and engineered by UK studio supremo, Andy Johns, the performances are confident and compelling, maintaining tension and momentum from opener, ‘Brown Eyes’ to closer and title track, ‘Circus World’.

Sturdy stadium rock songs ‘Rays Electric Farm’ and ‘Soldier Of Love’ reveal the band members’ classic rock origins in higher profile bands, Derringer and Steppenwolf. Still, now they were ploughing their own cliché, marrying power rock trio oomph to inventive and edgy arrangements. Album standouts, ‘Juggler’ and ‘Cats In The Alley’ are dark and sinewy, shadowed by surges and spikes of big boned guitars and funk spattered rhythms. These two tracks alone would have had you put money on this band evolving and growing into something special, but… well, stop me if you’ve heard this one . . .

Shelter‘s debut album First Stop turned out also to be their last. This 1982 reissue showcases a band with no little charm, a more than decent vocalist and a well developed songwriting craft. Foreigner and Survivor references are wide of the mark though. LeRoux, Harlequin, Prophet and Preview might be more accurate comparisons, given the band’s lightweight, Pompy AOR sound.

‘Who Do You Love’ and ‘On The Line’ have all the drive and urgency of good Melodic Rock, but lack the drama of the truly great stuff. ‘So Glad I Found You’, ‘Why’ and ‘Because Of Love’ are carefully sculpted, unpretentious AOR songs, with atmospheric touches that are perfectly tailored for late nite appreciation.

But elsewhere, much of it simmers rather than sparkles… at times it’s uninvolving and banal, and because it’s hogtied by its own format, it cannot break out.

Sadly, Shelter became immediately invisible to the label (Polydor), so got zero PR. Maybe if they’d had a few of Foreigner’s “gut-pummeling riffs, high-profile melodies and moon-shot vocals”, it might have been different.

It’s clear early on that Tsangarides wasn’t quite sure how to shape the band’s studio sound. Opener, ‘On The Prowl’ is an uneasy alliance of US AOR and UK pop. Second track (and indeed minor hit single) ‘Storm Inside My Head’ and many other tracks here have energy and ambition, but the song structures are overly familiar, like the material had been assembled from offcuts and underdubs left over from an April Wine or a Trooper recording session.

Things brighten up a little when Tsangarides lets them off the leash, where even join-the-dots rock songs like ‘The Beast In Me’ and ‘Lucifer’s Eyes’ have something of a rock’n’roll swagger, thanks to muscle flexing axework and an unexpected rhythmic crunch.

It’s something of a marathon too at 15 tracks, 4 of them beefed up demo bonuses, the best of them being the ambitious, full bodied ‘Stand To Blame’ and the darker, more derivative ‘Deep Inside’. 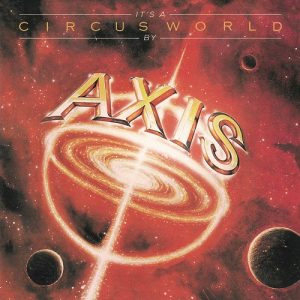 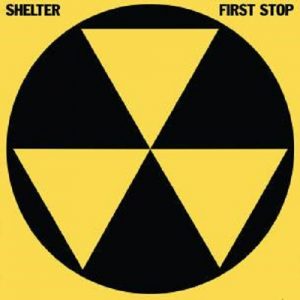 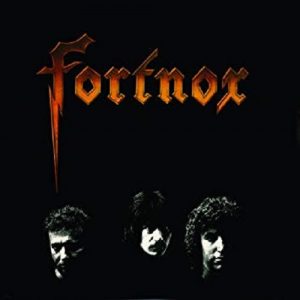