Reviewed by Brian McGowan and released by Nonesuch Records 20 October 2017.

Led Zeppelin still exerts a powerful grip on rock fans of a certain age. But only a fool thinks Robert Plant will return one day as frontman.

The progression of his post LZ career stretches across almost 40 years, arguably with Manic Nirvana, Raising Sand and now Carry Fire being the milestones that have marked the significant moments in that process, as Plant has slowly but inexorably sloughed off his hard rock skin, emerging as the questing, world music spirit that he is now.

That squeezed lemon conviction that marked out Plant’s vocals – born in England, raised in America – throughout the seventies has evolved into a comfortable, commanding presence now. Running in parallel, his collaboration with Alison Krauss on the ceaselessly inventive Raising Sand has rubbed off onto all his subsequent recordings.

Carry Fire is dominated by tumbling acoustic arrangements – an elegant aesthetic laid out immediately by ‘The May Queen’s low key exotic rhythms and shuffling strums, and on ‘New World’s marching, imperial beat. Its barbed lyrics and yearning vocals point, with precise narrative clarity, to an ‘Immigrant Song’ for the new era.

‘Carving Up The World Again’ takes aim at Trump’s America. Perversely, it evokes the feel of a children’s playground clapping rhyme, leading to a beautifully resolved lyrical payoff, whereas on the subdued celtic fire of ‘Dance With You Tonight’, that gnarly voice sounds boyishly enthusiastic again, on a song of simple romantic longing.

Though it’s an ensemble album, it contains moving moments of near solitary tenderness. There are distant lyrical echoes of love found and love lost in the English Americana of ‘Season’s Song’, and the achingly haunting ‘Way With Words’ shows a strong sense of maturity going hand in hand with a soul still full of life, with much more to offer.

The title track is probably the only song here that is in any real way reminiscent of the seventies, with its Egyptian/Morrocan string work vaguely reflecting Physical Graffiti’s ‘Kashmir’, as the band began to reap the rewards for daring to cross fertilise hard rock and blues with Middle Eastern musicality. It’s impeccably cool, just as emotionally urgent and immediate as the barnstorming rock that was once a habit. The uninitiated might expect it to ignite in an explosion of loud guitars and even louder drumbeats, but no, that was then, Carry Fire is now.

Album of the year? Well, certainly among the top one. 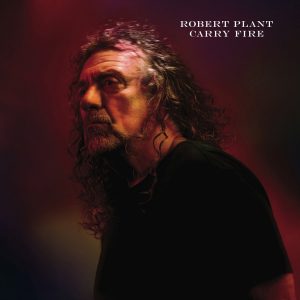