With 2020’s Last Light On The Highway, Southern rock-tinged band Robert Jon & The Wreck hit all the right buttons to make UK listeners take notice. So much so, that after having to delay touring here because of the Covid pandemic, when they eventually got here; they not only ended up selling out dates but booking future ones for May 2022 before catching the plane back home state side.

Shine A Light On Me Brother proves a worthy follow-up album, featuring the same line-up as before with Robert Jon Burrison on lead vocals and guitar, plus lead guitarist Henry James, bass guitarist Warren Murrel, keyboard player Steve Maggiora and drummer Andrew Espantman all supplying backing vocals, as once more appear to be some female vocals on a few of the numbers.

Their music is easy going without being easy listening and on occasion they spin a tune on its axis and extemporise the emotional context of the music, generally on those songs where they share their penchant for the more mature side of storytelling in their lyrics. Not that we’ve got as many sad romances about what-might’ve-been this time round, indeed with ‘Shine A light On Me Brother’ itself they come on like The Blues Brothers in high buoyant spirits. When released as a single, the first few bars of that number had you prepared for a sturdy guitar-built hard Southern rock number but no sooner did they lift the piano lid up than they began whooping and a hollering like some righteous Stax-injected whiskey-drenched gospel big band. The added horns and female backing vocalists are felt aurally, and they add to the humour on the video they released to accompany it. Robert Jon’s lead vocals are loud and clear in the rock sermon, the piano rocks like Jerry Lee and there’s some slick slide guitar work – The overall effect like Edgar Winter’s White Trash just sat in on a jam with The Allman Brothers. Jon’s “Goddamn” at the end of the song was just what I was thinking, and bodes well for rest of the album.

They also released the next track as a single, with The Wreck’s frontman commenting: “‘Everyday’ is an all-out good-time jam track that was born out of frustration due to lack of freedoms that we had grown used to pre-pandemic and were subsequently denied during lockdown. It’s about the desire to get together with friends, play music, have some beers, and just spend time with each other in person again. This track is one to be listened to on repeat and sung along to.”

The song has a feelgood vibe, being reminiscent of former Traffic guitarist Dave Mason’s much-covered ‘Feelin’ Alright’ with added gospel and a rockier bottom end, with some roaring guitars to give the whole affair an upbeat closure. Next up, ‘Ain’t No Young Love’ is a head-on smooth southern rocker, with female backing in the hook line choruses, that in different hands could have been an AOR tune. Once more, there are lots of guitar fills spilling out along the way. Organ and horns lead us into ‘Chicago’, a slow blues number with guitars chinking away. There are implied similarities with the previous album’s ‘Oh Miss Carolina’, though one gathers the woman question has gone to the windy city of her own accord and the singer’s hoping their relationship doesn’t blow cold. In contrast, ‘Hurricane’ with its acoustic guitars, a little slide, piano and organ dotted here and there but all kept to a minimum, while an allegorical tale of a stormy relationship, it at various turns sad and bittersweet; likely to grow on the listener it is vaguely reminiscent of early Eagles but less saccharine and with deeper southern grooves. It evokes an autumnal mood, whereas while also featuring acoustics and being a little wistful, ‘Desert Sun’ is much more upbeat overall.

‘Movin’’ is where Creedence Clearwater Revival meets Tom Petty & The Heartbreakers in a mid-paced rock-a-boogie number and ‘Anna Maria’ see the return of acoustic guitars in somewhat austere medieval baroque manner. The woman in question is never happy despite seemingly pleasing herself in all that she does. Musically it builds into a wider-brimmed opus, with piano playing ever prettier even as the words grow darker and more painful in their proclamations; with the line “Why you gotta be so cruel?” the instrumentation moves epically along.

Similarly appealing is ‘Brother’, that opens as country rocker, builds towards sturdier slow blues rock, then gets grander in scope with a searching guitar solo soaring away. With charming harmonies drifting in and out, this is a heartfelt number, akin to the tale of a prodigal son yet to return. With cheeky chicken run guitars, a little rockabilly come country rock, ‘Radio’ has the band seeing the album off in fine form. An upbeat part tongue-in-cheek foot-tapping tune for an all-age dance around the floor, there’s some rocking piano and unexpected bursts of heavy guitar in evidence as it speeds towards conclusion.

I spent our first lockdown’s fine summer with the band’s previous album blasting out as I attacked the weeds in the back garden, soaking in the many poignant tracks thereon. This time round, Robert Jon & The Wreck offer an overall more up tempo and upbeat album, and is probably what we need as we edge our way back to freedom. 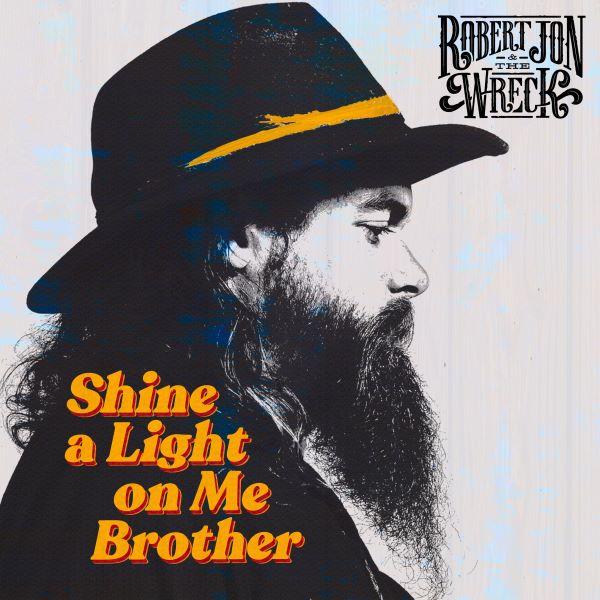