Every now and then an album kinda sneaks up on you, blindsides you. You haven’t paid it any attention, it’s on your radar but only just. He’s a journeyman, talented but, y’know, maybe just a bit predictable. And then a new release. Yeah ok, you think to yourself, I’ll get round to listening to it in a week or so. And then you do….boom.

It’s a blinder, classy, powerful, you’re forced to rethink everything you knew about them, or thought you knew. Ladies and gentlemen, I give you Purple House by blues/jazz/rock guitarist Robben Ford. On his first album for earMUSIC, Ford wanted to do something a bit different. Not radically different, no excursions into Grime, but just rewire his hard drive a tad, to focus on songwriting and production, to give himself a slightly reworked sonic palette.

The album kicks off with a great one-two. ‘Tangle With Ya’ is funky in a Lenny Kravitz way – replete with great horns and just the right amount of grease. It’s followed up rapidly by the lazy soul groove of ‘What I Haven’t Done’. Guitars and horns spar cooly while the bassline is worth the price of admission on it’s own, a thing of melodic, Motown-like beauty.

The production sheen really comes into it’s own with ‘Empty Handed’. It’s echoey, roomy, fully of ambient space. It booms and drifts, the guitars are immaculate. It’s strange and utterly beguiling hypnotic cosmic Americana. Almost all of the tracks here merit a mention – ‘Bound For Glory’ has a definite soft rock vibe – Steely Dan with a 2018 gloss, Hall and Oates with bodacious guitars.

‘Break In The Chain’ has full, warm acoustic guitars, it’s a dusty, dusky hug. Backing singer Shemekia Copeland has a jaw-dropping spotlight moment before Ford weighs in with a funk rock wig out before some seriously heavy gospel takes us to church – dang!

Hey, no more of this singling out songs, there’s no need, everything is as flawless as everything else. There’s gorgeous AOR acoustic rock with slightly jazz-tinged melodies, there are also funky groove thangs, minimalist funk with wondrous layerings of guitars and stunning James Jamerson bass work (take a bow whoever you are), gritty, badass funk rock with snarling jams (the production is never too slick, there’s always room for some grit in the mix) and trippy space blues, full of unusual structures and swirling planetarium solo’s.

So yeah, possible contender for album of the year right here if you’re in a slightly mellower mood. There are only 9 songs here, none of them breaking the 5 minute mark. But that’s just fine, 9 is plenty when they’re this good – there’s no need to over egg this pudding. Brave, soulful and endlessly fascinating, Ford has delivered his finest album to date. He’s carved his own niche over the years and is now exploring it fearlessly. A genuinely unexpected gem. Melody. Songwriting. Performance. Don’t miss out on this. 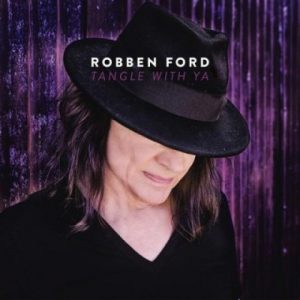