When grunge hit the fan in the early 1990s a lot of wheat got swept away with the chaff and thrash metal, with its credible roots in hardcore punk, was an unfair casualty. Fast forward 10 years and the scene underwent a revival powered by bands like Gama Boma and Evile. With subsequent generations discovering the joys of metal played at blistering speed the scene continues to thrive and new blood like Philadelphia’s Roadkiller ensure thrash has a bright future. 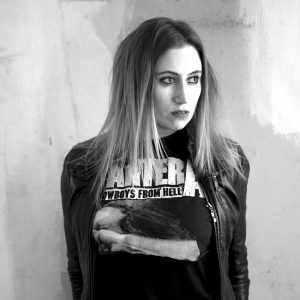 As debuts go Roadkiller is damn near perfect. With each track clocking in at under 3 minutes the punk influence is evident but it’s coupled with a dizzying metal musicianship as evidenced by opening cut ‘Zenobia’. With a chunky, relentless riff it immediately brings to mind Exodus and Overkill with the rhythm and lead guitars playing of each other nicely. Next track ‘Burner’ is more measured and trades speed for power with each beat of the drum like a bomb detonating. Female vocalists have been criminally underrated in thrash circles and Roadkiller’s singer Zebidy Tank shows us what we’ve been missing. Hitting the high and low notes with ease and often entwining the guitar lines, especially on the frantic ‘Dead or Alive’ where her vocal range could rival Joey Belladonna in his prime.

Fans of thrash will be pleased to note that Roadkiller contains all the essential ingredients from shredding solos to double bass drumming and of course those stinging, waspish vocals. ‘Up and Lets Go’ is like The Ramones on amphetamines and races along like a runaway train and, with hardly a pause for breath, ‘System Hitz’ caps an impressive EP.

Flying past in 13 fun fuelled, frenetic minutes Roadkiller has the potential to straddle both the metal and punk scenes and is sure to ignite moshpits worldwide. 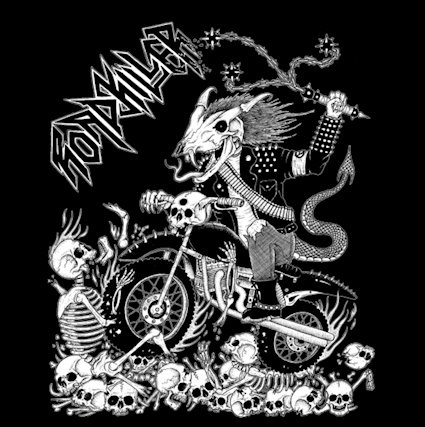