Young Birmingham doom trio Voidlurker will be performing on the Hobgoblin New Blood Stage at Bloodstock, having secured their place with a sensational performance at the Metal 2 The Masses regional heat in Birmingham. Emily Castles spoke to them after a particularly poignant night at The Hammer And The Anvil. 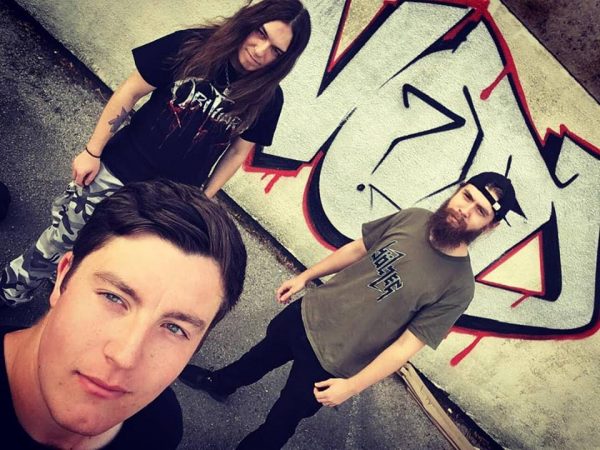 MR: Many congratulations on winning Metal 2 the Masses in Birmingham – how excited are you about playing Bloodstock next month?
Thank you! We’re still on cloud nine about it, playing the Hobgoblin New Blood Stage is a great opportunity for us.

MR: How did you feel you performed on the night of the M2TM final at The Hammer And The Anvil?
I think we can all agree that was our most memorable show to date, brilliant atmosphere and the crowd were great.

MR: Sadly, M2TM also marked the final night for The Hammer And The Anvil. How important are club-size venues like that for bands that aren’t yet established enough to play the likes of the Academy or Institute?
Venues like The Hammer And The Anvil are extremely important for local metal scenes to thrive, and even as a metal bar, but sadly a lot of them are closing down.

MR: What do you think of the whole M2TM structure and qualifying rounds that ultimately lead all the way through to Catton Park and Bloodstock?
It’s all good fun! Originally we just saw it as a show with a good outcome if it went well, it’s a great opportunity for any lower level band.

MR: You entered the Birmingham M2TM last year, which was won by Trivax. What do you think gave you the edge this time?
The 2018 M2TM was our first ever set of shows as a band and since then we’ve played a lot more so I’d say experience, knowing what works with the crowd and being confident.

MR: Is Bloodstock a festival you know well – Have you been as fans?
We are, we’ve been attending bloodstock for years so it’s a great feeling to be playing!

MR: Do you see Bloodstock as a platform to take Voidlurker up the ladder a notch or two?
Yes definitely! It’s a great opportunity and of course playing an open air festival will be a very valuable and awesome experience.

MR: Have you had a look at this year’s Bloodstock line-up, anyone in particular you’ll be hoping to catch?
We’ll probably be catching some of the other doom/sludge bands, Ten Ton Slug and Bong Cauldron to name a couple.

MR: You released a demo last year with two tracks ‘Bitchcraft&misery’ and ‘Ravenous’ – are you working on anything in the studio currently?
We are, we’re heading into the studio to record our first EP with Chris Fielding from Conan at Foel Studios shortly after Bloodstock, so expect that soon!

MR: Have you had a particular live gig experience that stands out so far?
Probably the final of M2TM based on the crowd alone and also whenever we share the stage with our friends in King Korpse and Tumanduumband who are another set of local bands. 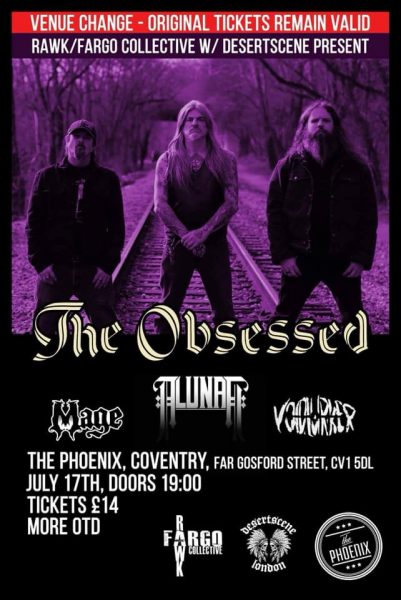 MR: Do you have more gigs planned this summer?
Before Bloodstock we’re playing with The Obsessed and Alunah in Coventry on July 17 then Bloodstock, Beermageddon and then hopefully we’ll put together a tour toward the end of the year.

MR: Tell us about the band’s name.
Well we were all brainstorming what to call the project and our guitarist Brad came up with Voidlurker and we all thought it sounded ace and it stuck.

MR: What can fans expect who may be seeing you at Bloodstock for the very first time?
If you like slow heavy sludgey riffs and destructive drumming, then you’ll find enjoyment in us. See you all down the front!