Former Metal 2 The Masses winners Control the Storm return to Bloodstock in August, taking the step up to the Sophie Lancaster Stage. For the band, the Catton Park booking also doubles up as a very special album launch show, as guitarist Rich Shillitoe tells Emily Castles in our latest Road To Bloodstock feature. 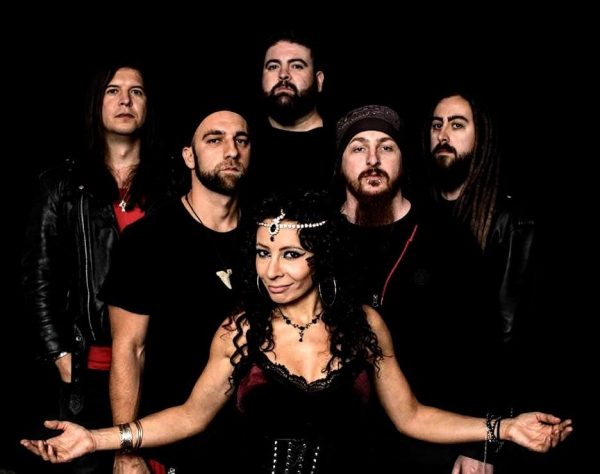 MR: So you’re playing the Sophie Lancaster Stage on Friday at Bloodstock – how excited were you when you found out?
It was amazing! To be asked to play such an awesome event with so many years of prestige in the British metal scene is such an honour for us all. I remember running around the house trying to let it sink in!

MR: This is your Bloodstock return as you played the Hobgoblin New Blood Stage in 2012 after winning Metal 2 the Masses in Reading. How important was that success to the band’s development?
The 2012 M2TM competition was not an easy process for us, there were line-up changes mid event and all kinds of things going on with the band. To me, this just helped build the tenacity of the group and how we had to come from behind to knock it out the park when it really mattered. It really helped shape us as individuals and bolstered the name of the band. We are so thankful for those days looking back, the trials and tribulations only set to make us stronger. The event of course was amazing, meeting such wonderful people and building an army of Stormchaser fans that now follow us at shows.

MR: Have you had a look at this year’s Bloodstock line-up – is there anyone in particular you’ll be hoping to catch?
Personally I’m looking forward to Children of Bodom, Sabaton, Scorpions, Dimmu Borgir, Anthrax, Dee Snider. Loads of stuff really! There really is something for every metalhead, regardless of your favourite genre. The Bloodstock team have done a fantastic job in getting such an eclectic mix this year and I can’t wait to being able to enjoy a couple of beers and watch some fantastic bands.

MR: Your new album, Forevermore, is released on 25 July – what can you tell us about it?
Forevermore is a natural evolution from our previous album. It is a very eclectic and bombastic album, full of twists and turns but keeping the melodic and heavy elements that we pride ourselves on. There are a lot of layered vocal harmonies and different musical styles going on. Every song on the new album is quite different but makes sense as a whole. We do have an ’80s inspired power ballad of sorts called ‘In the Night’. ‘Strike to Defend’ is a full-on power metal song about Lancaster Bomber crews during WWII. The title was the motto of the RAF’s 83 squadron. The title track is a 13 minute song divided into four ‘acts’ with bagpipes, waltzes, ballady sections and huge sounding heavier parts.

MR: How did you find the recording process?
We did the recording at mine and Rae (our keyboard players) studios over about six months. We really pushed our knowledge of recording and production when recording it, some of the arrangements still give me nightmares trying to piece it all together! Once everything was done, we then sent it to Joe Gibb (multi-platinum album-making producer) Then it went to Pete Maher for mastering. The whole process was really cool for us, having an idea of what we wanted to achieve and how we could do it with the limited budget we had. I think we have created something phenomenal for being recorded in a couple of living rooms in Bristol!

MR: The album artwork is really cool – who is the artist?
The artwork is by Giannis from Remedy Art Design. He’s done a wicked job bringing to life something to match the insane ideas in our heads! We love what he came up with. It really encapsulates both the grand scale of things but also the stark bleakness at the same time. I can’t wait to get myself a copy of the vinyl version and stare at the artwork like I used to do as a child with my parents’ albums.

MR: Were you pleased with how your first album, Beast Inside, was received?
We were! There are still people now telling us how it’s still in their CD player in their car and things like this really mean the world to us. Having people sing those songs back to us at shows never fails to give you goosebumps, it will always remain a special album in my heart. We learned a lot from making that one of things we did right, things we could improve and those lessons have very consciously driven our decision making process for the new record.

MR: You’ve recently gained a new drummer, Iliyan Vasilev, and a new guitarist, Matt Smith. How are they settling in?
They have both blown my mind with their passion and professionalism to learning the songs and fitting in to the group dynamic. Iliyan is a phenomenal drummer, you can feel his bass drums in your chest when he plays, they’re like a cannon going off. Matt is easily one of the top metal guitarist in the UK right now, having him join us is an amazing honour, the guy can do things I couldn’t dream of ever being able to do!

MR: Have you got any other festivals or gigs lined up this summer?
Yes there are quite a few shows planned already. We’re intending to tour, but for now we have two shows before Bloodstock: Rebellion in Manchester on July 27 and The New Hall, Tiverton supporting AC/DC-UK on August 3. After Bloodstock we have an intimate little home show at the Gryphon in Bristol on August 23 and then we’re at the Dreadnought in Bathgate on August 31. There’s several shows in September and more in the pipeline for the rest of the year. All the details will be on our various online platforms.

MR: Tell us about your most memorable on-stage moment so far.
Bloodstock 2012 was probably the highlight so far for me, knowing how hard we worked for it and playing in front of such a passionate and wonderful audience will stick in my mind for a long time.

MR: What can fans expect who may be seeing you at Bloodstock for the very first time?
They can expect to see six passionate musicians, performing their asses off to put on the biggest show they possibly can. We aim to create something special that will stick with people a long long time.