Originally formed in Talagante, Chile way back in 2007 Ripper play a rather tasty thrash/death metal hybrid. Taking the raw aggression of early Sepultura and marrying it to the technicality of Pestilence was always going to be a winner and the group’s latest EP, Sensory Stagnation, doesn’t disappoint.

This EP opens with the two-minute lumbering, monolithic instrumental that is ‘Dissociation’. It’s a track that doesn’t really hint at the coming storm although there are a few clues, most notably in the prominent basslines and the neat time changes which pepper this release. As introduction’s go ‘Dissociation’ seems a bit of a wasted opportunity as it doesn’t foreshadow what’s to come or spike the listener’s interest like Megadeth’s ‘Into the Lungs of Hell’ or Annihilator’s ‘Crystal Ann’ does. False start aside, next track, ‘The Unreal’ finds Ripper firing on all cylinders. Barely two minutes old and the band have already crammed in numerous riffs and tempo changes. Complex yet catchy it’s a swirling maelstrom of heavy riffs, intricate guitar lines and blast beat drumming. The bass guitar scythes like a pendulum and is the anchor which roots a sound which could easily spin off into warp drive.

Thrashing furiously the title track evidences the bands roots but the sound is always veering towards death metal. Vocalist (and guitarist) sounds like a gruffer Millie Petrozza with a guttural growl that remains intelligible while his guitar spins intricate, spider web solos. Sensory Stagnation is not the kind of record you put on as background music, it demands your full attention, yet like Sadus it remains easily accessible mainly because the bands experimentation isn’t self indulgent. In fact the band I’d align Ripper with are Atheist (Stagnation’s cover seems to be a homage to Atheist’s Piece of Time) insofar as both bands have that pioneering spirit.

Lyrically Ripper draw inspiration from personal struggles: trauma, depression and hallucinations which makes a pleasant change from the usual beer-bong, into-the-pit thrash fare. Taking their foot of the pedal ever so slightly gives ‘Like A Sacrilege’ a heavy, oppressive feel and its extended mid-section, replete with cascading guitars is very haunting. Normal service is resumed for final track ‘Terror Streets’ which comes out with all guitars blazing, something akin to an artillery barrage, and doesn’t let up for four and a half blistering minutes making the silence that follows even more pronounced.

A string of demos, compilation and split releases have lead up to Sensory Stagnation and while it doesn’t reach the heady heights of their two full length albums (2014’s Raising the Corpse and 2016’s Experiment of Existence) it’s, nevertheless, an accomplished release that’d take pride of place in any technical metal fans collection. 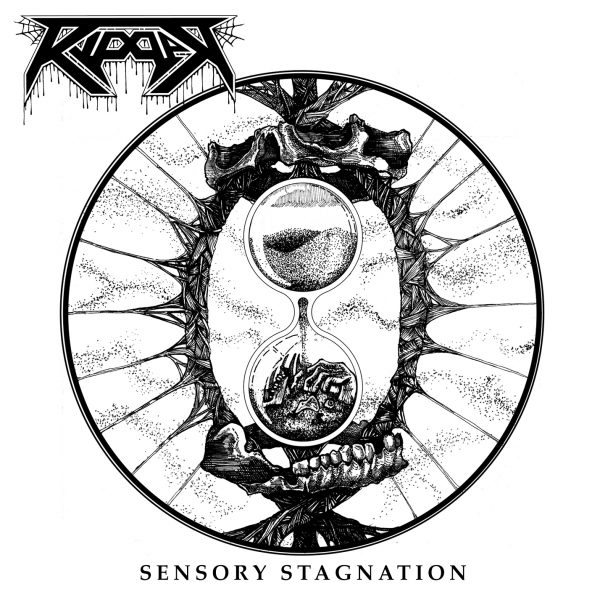