Verve frontman Richard Ashcroft has released ‘Acoustic Hymns Vol.1’, an album of, you guessed it, acoustic re-workings of some of his best known songs, both solo and with The Verve, and his record company must be rubbing their hands in glee – just in time for Christmas, it’s not just a greatest hits, it’s that and more. So, is it worth shelling out for these songs again? if, indeed, you already have in the first place.

Recorded with Ashcroft’s road band, plus the legendary Chuck Leavell on piano and with strings recorded at Abbey Road, this is a slick and polished affair. The album begins, bravely, with the big one. ‘Bittersweet Symphony’. It’s been pulled back, it’s a smaller, more intimate affair, less anthemic. There is more emphasis on Ashcroft’s voice, which has matured well – it’s less defiant, with a hint more gravel and gravitas. Ah, and there are those strings, swelling euphorically. It’s very good, a good song is hard to screw up and slightly shifting things around has worked here. It’s not radically different, but it’s been done well, thought has gone into the arrangement.

Which pretty much sums up the rest of the album. ‘A Song for The Lovers’ is still suitably epic, just slowed down a fraction and given a bit of a Latin feel. The backing vocals add to the whole feel of the thing too. And on we go, several songs from ‘Urban Hymns’ appear here and they’re all good. ‘Sonnet’ hits a steady, hypnotic groove while ‘Lucky Man’ eschews the originals studio trickery.

There are curveballs, such as ‘This Thing Called Life’ – taken from Ashcroft’s 2010 side project, RPA & The United Nations Of Sound. It’s a rare misfire. ‘C’mon People’ sees Liam Gallagher swagger up to the mike to join Ashcroft, trading lines like the wily old pro’s that they now are, Ashcroft subtly holding back, letting Gallagher supply the pyrotechnics.

And we end, of course, with ‘The Drugs Don’t Work’. There’s a lovely piano and strings intro before the song emerges from the gossamer mists. To be honest, it’s not drastically different from the original,, which was largely acoustic anyway.

And that, reader, is the rub. All 12 of these tracks sound very similar to their plugged in counterparts. Acoustic guitars have always played a key role in the Verve sound and so drawing these songs out into a fully acoustic setting does little to alter them. They are good songs, well played and recorded but most of the tracks sound as though they were originally recorded on a battered old acoustic anyway. Perhaps if a Vol.2 emerges Ashcroft will experiment a tad more.

Released on 29 October by RPA/BMG 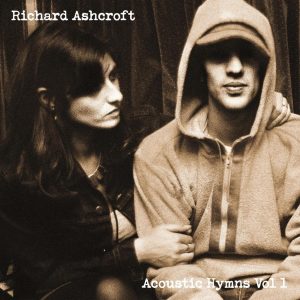