Many a mightily moshable riff this way comes…

When the oft-used (yet never-going-away) phrase “more of the same” is applied to Revocation, it means something very different to the usual polite method of saying the band have peeked or stagnated and are churning out formulaic album after album. When applied to Revocation, “more of the same” means more of that same drive and ambition to keep pushing their music faster and further beyond what they’ve achieved already. If you compare the ferocious complexity of 2011’s Chaos of Forms with 2013’s self-titled album (reviewed here), you’ll hear a band continually pushing their technical and song-writing abilities. Appearing but a year later, Revocation’s fifth album, the enticingly entitled Deathless, again sees the band’s technical skills and song writing skills shift ever higher.

Faster than a speeding bullet and more powerful than a locomotive, each member of this thrash-blasting death machine has long since proved to all and sundry that they make their weapon of choice submit to their every whim. Thanks to Davidson and co., many a mightily moshable riff hath this way come. And so it continues. Where ‘Madness Opus’ (inspired by Lovecraft’s The Music of Erich Zann) is massive and maniacal, diving deep into the mountains of madness for its crazed lead work and unsettling time signature-crushing riffs, the remarkable instrumental ‘Apex’ plots an unpredictable journey through technical death metal and jazz, and ‘The Fix’ balances modern metal ferocity with technical virtuosity from start to raging end. Compounded by Davidson’s vocals shifting seamlessly between the clean, the melodic, and the aggressive – and a few Mastodon-styled harmonies making an appearance – the band continuously mould their capabilities to create a multitude of grooves, feels and atmospherics within every track, amongst which – and this is the only downside to Deathless – it is difficult to find a favourite or a standout.

Deathless holds many a surprise, all of which are crafted into some seriously impressive songs. Produced by Zeuss (who produced the 2012 EP Tetrogenesis), Deathless is as sharp as it is heavy. The riffs are there, the lead work is stunning – particularly in the title track – the musicianship is top notch, and the tracks are all catchy and slamming. What more do you want? 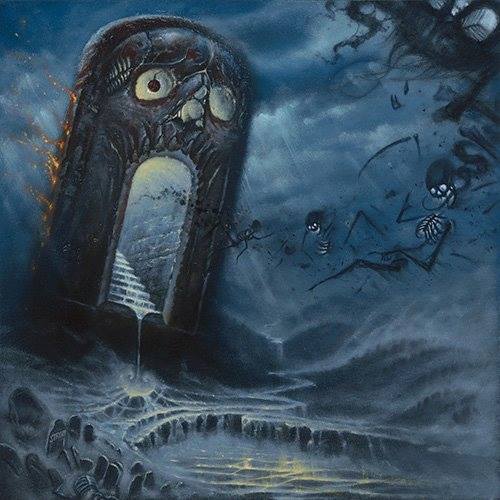