This was always going to be a muso masterclass. Reese Wynans, Rock & Roll Hall of Famer, keyboardist with Double Trouble (yes, Double Trouble of Stevie Ray Vaughan fame) and, most recently, long term Joe Bonamassa band member, has decided to release his first solo album and has brought a few of his friends along. It’s a warm album, a nod to musical brothers in arms both long gone and still with us.

Wynans is joined throughout by his fellow Double Troublers Tommy Shannon and Chris Layton and aided and abetted by a revolving cast of A-listers, who handle every style and genre of music thrown at them with aplomb. ‘That Driving Beat’ takes in Memphis soul – Stax, Atlantic, Muscle Shoals? Check. All the moves are executed faultlessly.

The title track (an old Boz Scaggs number) basically has, erm, everyone on it. Keb’ Mo’, Warren Haynes, Bonnie Bramlett, Vince Gill, they’re all here, trading lines and verses with a laid back gospel cool. Barroom piano leads into ‘Shape I’m In’, which serves up a slab of serious rock ‘n roll. Yes, given who’s involved there is clearly finesse here but this is hammered out a la Little Richard.

Warren Haynes returns to deliver a mean, slide-laced slice of blues alongside Joe Bonamassa in obscuro Les Dudek track, ‘Take The Time’. Funky and raw, it’s a thing of joy and a definite highlight. Oh yeah, Bonamassa – he’s all over this album, on particular form on ‘So Much Trouble’ a glorious straight up blues with Wynans and Mike Henderson.

JB also dons a producers hat for the first time with this album, and it’s a role he should take more often. The production is warm, natural, creative and sympathetic, he seriously needs to produce an album of his own material, his work on ‘I’ve Got A Right To Be Blue’ is incredible. It starts with a guitar being plugged in (said guitar belonging to Keb’ Mo’) and sounds gorgeously muffled, like a much played old 78. Mo’ and Wynans play an old Tampa Red tune that sounds, for all the world, like it was recorded in a hotel room in 1923…in a good way. “Yeah, that feel’s good” says Keb’ at the end. Damn right.

We end with some New Orleans funk. Not many dudes can play The Meters as well as The Meters but it happens here (don’t know the Meters? Investigate. Now.) And, finally, a beautiful, jazzified solo piano take on The Beatles ‘Blackbird’. Nice.

For a love-in covers album this is way, WAY better than it had any right to be. A killer choice of songs, played by a collection of the best musicians in the biz, produced by a bluesman who really needs to produce more stuff. Considering the amount of musicians involved it hangs together perfectly, the joins invisible to the naked eye. Whatever genre is being played and whoever’s playing it, it ties together. Wonderfully. A fine album.

Released by Provogue Records on 1 March 2019 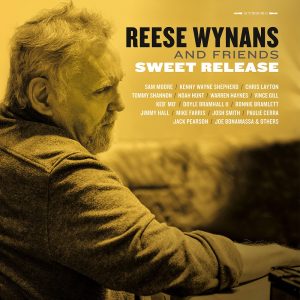