Released in October 2017 and reviewed by Woody

If there is one word that sums up Ignited the debut album from Welsh rockers Reece it is F-F-Funky! The album is funk driven and it forms the backbone of the album in its entirety. Whilst there are no obvious comparisons as there are a few bands that come to mind throughout including U2 and The Proclaimers. That said though the Funk element to these songs obviously gravitates me towards Extreme and with the alt rock touch, especially in the guitars, turns me towards the Red Hot Chilli Peppers. They have a really mish mash of influences in their song writing but their sound is cohesive, defined and very distinctive.

Vocalist Rob Reece has a very smooth and melodious voice which boosts the highly melodic style of the songs. You add that to the heavy use of vocal harmonies and they have created a lot of smooth melodies and that gives the album as a whole a strong melodic rock feel – regardless of the other alt rock and funky edges the band has. The quirky and sharp guitar licks and riffs blend well with the funky rhythm section and accentuate the Funk much like the RHCP do.

The flow of the album is energetic and very bouncy – the obvious radio song ‘Hold On’ highlights that. It’s an infectious rocker with an utterly addictive chorus. Other highlights include ‘Falling Down’ with its killer guitar hook and impactful chorus and the melancholic title track ‘Ignited’. Bare bones ballad ‘Lost In Translation’ shows a different side to the band with its sparse and acoustic nature proving the band aren’t a one trick pony when it comes to song writing.

I have had the pleasure of seeing the band live and I found that these songs come across even better live. That energy and bounce inducing feeling comes across in spades and the vocal melodies are even more impactful – especially with the prominent backing vocal harmonies.

Ignited is a very strong and solid overall album with no weak tracks not only was I very impressed with it I also really enjoyed the album. Some quality song writing makes this album a must listen for rock fans in general regardless of personal musical preferences as I think it will appeal to a wide range of rockers given its amalgam of influences. 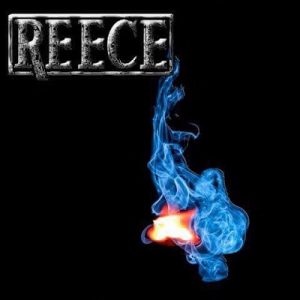