Gary ‘Withnail’ Cordwell pondered this and, like, the universe man. With the kind indulgence of Kozmik records who will, y’know, like, release it into the world on 29 July 2016

Having reviewed and enjoyed Red Spektors debut, self-titled EP (read review here) I was keenly anticipating their debut (and also self-titled…this could confuse a stupid person) album. And here it is! Finally grooving its way into my inbox. So, will it be a triumph? A disappointment? What will have gone down in the intervening year and will the flares still fit?

The opening 30 seconds reassures us that Red Spektor’s mojo is still rising, baby. A threatening swell of shimmering feedback and lashings of funky wah-wah lead into the fuzzy psychedelic groove thang that is ‘Before The Sunrise’. It immediately has that classic power trio sound – loose yet powerful with hints of Sab and Zep. The loping solo (with, yes, added wah-wah) spins off into an even trippier wig out.

The tweaks and changes slowly begin to manifest during ‘Pagan Queen’. The song itself is business as usual, retro but not. Doomy but not oppressive, Hendrix’s spirit infuses like a far out, tie-dyed teabag. But the song writing has matured, it’s more confident, classy, unhurried. There are less nerves, it’s not in a skittish rush. And the production does it justice. It’s fuller, warmer.

So, any worries that the album wouldn’t live up to its predecessor have dissipated, it’s time to sit back and enjoy. And it’s a treasure trove of delights. That classic rock vibe is omnipresent – built upon a solid bluesy foundation – and all draped in silk scarves, shrouded in smoke and lit with lava lamps. Snazzy left to right speaker panning. Lyrics about cosmonauts and voids that – if the songs weren’t so damn good – would be almost pastiche. Phased vocals with Jim Morrison inflections and mellow, fuzzed out ambience that turns on a dime to serious, loon-panted rock outs…oh yes, it’s all here.

Sure, there are influences. The mentions of sweet leaves in ‘Elixir’ are an affectionate nod to our Brummie godfathers while ‘Fields Of Fire’ sits comfortably between ‘Love’ and ‘Electric’ era Cult. ‘Black Moon Rising’ isn’t the Creedence choogle you expect, rather a ‘Blockbuster’ glam rock stomp. And that’s not even mentioning Zep, folk, Jimi, Cathedral….

But it’s all uniquely Red Spektor and singer/guitarist John Scane leads from the front. His playing – already good – has stepped up a level. He can do that simultaneous lead/rhythm thing and he plays with a wild abandon, inhabiting his guitar, playing fast and loose, translating whatever pops into his head with a wha-wha’d elan. And the rhythm section are no slouches either, with him wherever he goes.

So, the album exceeds all expectations, adding to and expanding upon everything that came before. Polishing and fine tuning while not losing an ounce of their retro rocking, psyche power and panache. Heavy yet light, doomy yet feelgood, retro yet very now. Check this out and, whatever you do, don’t miss them live. Their star is in the ascendant. 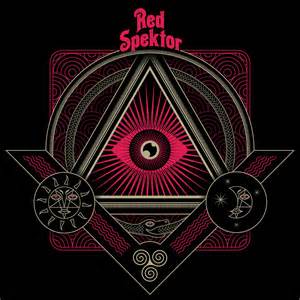