For those who love live music the global lockdown hit particularly hard. However, the live stream was a life buoy that kept many of us afloat and while it wasn’t quite the same as a sweat soaked gig it was magical in its own way. If any band could turn a distanced event into something more intimate, then it was Oklahoma’s Red City Radio. Following the release of their last studio album (2020’s Paradise) and the lack of gigs that followed Live At The Gothic Theatre finds Red City Radio in their natural habitat and delivering a set that debuts tracks from Paradise alongside fan favourites.

The lone drumbeat that heralds the arrival of set opener ‘Where Does The Time Go?’ is a call to arms that stands stark yet, like a tornado, it gradually takes on new form until it evolves into an avalanche. The hefty beat is joined by cello, swirling guitars, rumbling bass and, of course, Garrett Dale’s oak-aged vocals but one ingredient that’s missing is a rabid crowd and the silence that follows ‘Where Does The Time Go?’ is positively deafening. In one way it makes this album more engaging and forces you to use your imagination and place an excitable crowd centre stage but there’s no denying that this opener (and in fact, the whole of Red City Radio’s discography) needs supplementing by thousands of voices of and equal amount of fists punching the air. However, whether played in front of 10 or 10,000 people there’s no denying the power of ‘Baby Of The Year’ while the band ensues than ‘Electricity’ crackles and sparkles with that live onstage magic.

It took maybe three or four tracks for me to put my misconceptions and preconceived ideas about what a live album should be, before I could enjoy Live At The Gothic Theatre for what it is; a great, great album. Garrett Dale is the quintessential punk rock frontman, and he reaches out to those sitting at home and makes you feel as if you are part of an event and in that respect ‘100,000 Candles’ has never sounded so pertinent. For many fans this stream was the first chance to catch bassist Derik Envy in action and I’m pleased to report that he’s slotted into the Red City Radio family just fine. Along with Derik, drummer Dallas Tidwell and guitarist Ryan Donovan provide some cool backing vocals which gives the band a nice beefy sound and it’s put to good use as they blast through 12 tracks of punk rock perfection. The penultimate ‘Love A Liar’ doesn’t hang around and says all it has to in two blistering minutes which makes a nice contrast to closer ‘In The Shadows’ which brings the curtain down in truly epic style.

Live At The Gothic Theatre is an album that can be enjoyed on several levels but I suggest you take it for what it is: a collection of stellar tracks. 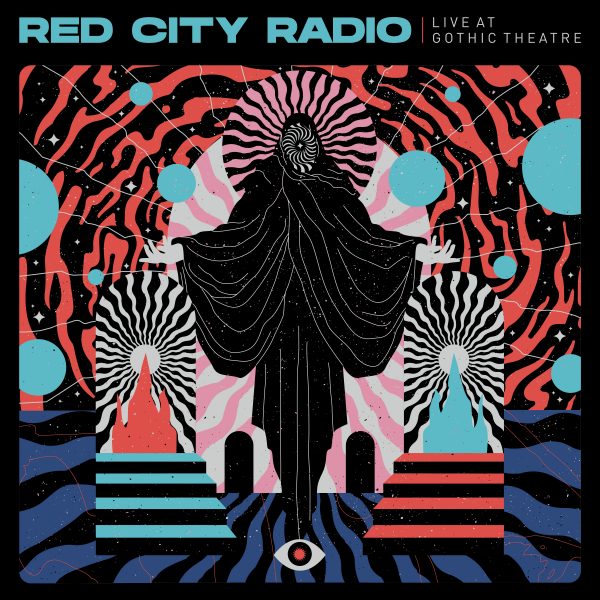