All the great Melodic Rock comes from Sweden nowadays . . .

Reviewed by Brian McGowan and released by Sunhill Records 23 February 2018.

The only remaining original band member (and Pop idol winner), Ludvig Turner now handles vocals, guitar and all the songwriting. Good move. This is as exciting a melodic rock album as you’ll hear in 2018. And the fact it’s on Sunhill Records – the label that lovingly repackaged and reissued the Talisman albums – is enough in itself to make you sit up and take notice.

The album is full to bursting with pumping, power rock choruses. There’s also a lot of contemporary pop here, with big vocals set inside huge soundscapes.

From there, the music take a serpentine route through all kinds of sub genres, en route to the forty two minute finishing point.

Turner and Tee’s production and arrangements are full of invention. They’ve shoehorned so much into every mix that your head will be spinning as the music piles through a hairpin hook, (the John Sykes-ish ‘Into Tomorrow’), or launches from a towering edifice of a chorus (the appropriately titled ‘Off The Edge’).

Last word goes to the ambitious, six and a half minute closer, ‘River Deep’ (not that one). The track’s amped up, heavily orchestrated blue eyed soul and song structure owes much to Led Zeppelin, but it strives to plough its own unique furrow, engaging with the past without trying to relive it. 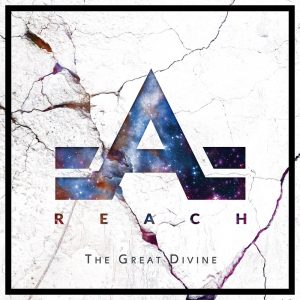