Success is a relative term, and early in the eighties, Ratt were in the vanguard of LA’s Sunset Strip hard rock bands, gaining a huge following and causing a stampede of label interest. This was the band to rival Aerosmith and Motley Crue. Or so the thinking went at the time. Expanded from an original “test the water” EP, debut album Out Of The Cellar rattled a lot of cages, eventually going multi-platinum.

Invasion Of Your Privacy was the follow up, destined to be the album that turned the band into coast to coast household names, durable products of the Glam rock generation. Beau Hill was again at the studio helm. Though this was only his second major production, Hill had considerable experience as a producer and engineer, with his own band, Airborne, and you can hear his audio imprint, a love of the live sound, carried through invisible wiring, from the studio floor to the Dat digital.

Beyond that, once again the key ingredient was the song writing and Invasion Of Your Privacy is liberally peppered with multiple collaborations, featuring all five band members, harnessing a purple patch of creativity. First single, ‘Lay It Down’, undeniably heavy and sneakily anthemic, spread across FM Radio like a forest fire, and broke the Billboard Top Forty with ease. Second single, the sinewy ‘You’re In Love’ didn’t fare quite so well, but is probably more the song you would point at if asked to define the Ratt sound. And that sound…the band’s secret was their ability to twist and shape the pop metal matrix into an instantly identifiable image… a song comes on the radio, you immediately know it’s Ratt. That said, at times – on the balladic ‘Closer To My Heart’ and showstopper’ What You Give’ – there’s a hint of Cinderella, the era’s other class act.

As always, great song writing converts formula – driving riffs, fiery solos, sexually charged lyrics and sharp hooks – into unique versions of a recognisable popular art form. And Ratt were one of the few bands who made it out of Sunset Strip notoriety, with a credible claim to have done exactly that.

History has not been kind to Ratt. Over the years, internecine disputes and tortuous legal battles reduced the band’s respected legacy to tatters, turning off even the most fanatical of followers. But

these beautifully remastered recordings, unbowed by circumstance, are defiant upholders of a hard earned reputation, and indeed of a band who could’ve, should’ve but ultimately didn’t. 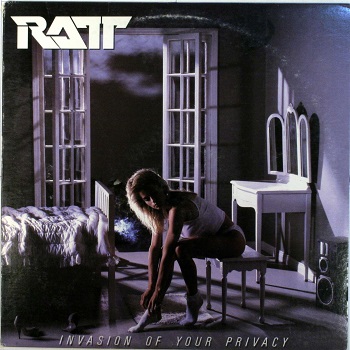 Closer To My Heart

Got Me On The Line

You Should Know By Now